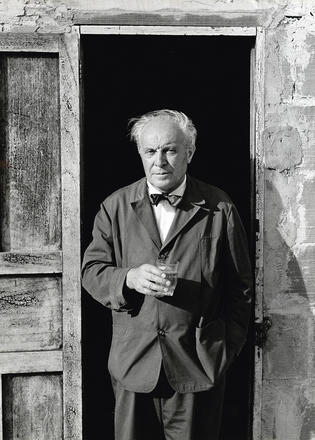 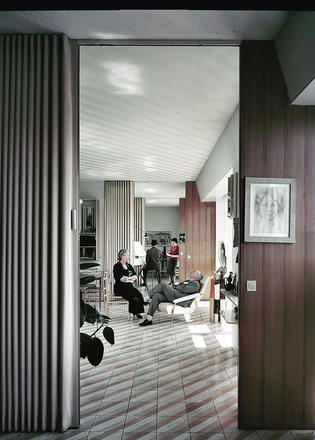 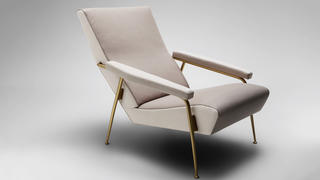 In his long and busy life, Giò Ponti (1891–1979) was the ultimate Italian designer. But what exactly does that mean?

I never got to meet Ponti, but I did know Piero Fornasetti. Their collaboration seems essentially Italian: a coming together of elegant structure with witty effects. Ponti designed the furniture, Fornasetti decorated it in his idiosyncratic fashion – a serious architect working with a whimsical artist. The result was both touching and profound.

Some of Ponti’s greatest designs – industrial metal office chairs made in 1935 for the Palazzo Montecatini and a range of domestic furniture for his own apartment at 49 Via Dezza in Milan – have recently been reissued by yacht interior design brand to know Molteni & C. Ponti saw no distinction between his life and his art and wanted his clients and customers to think the same way: the idea was “vivere alla Ponti”. His apartment was designed to prove the point.

When I was reading about “living Ponti-style” in the architectural magazine Domus that I stole from the school library, I was learning about Italy itself. Liverpool’s El Kabala coffee bar, with its magnificent chrome Pavoni La Cornuta espresso machine, which Ponti had designed in 1948, was my introduction to the designer, and his 1957 Superleggera chair, inspired by a fisherman’s original from Liguria, was in my imagination long before I could pronounce it.

As a schoolboy, I didn’t know that, back in 1928, Giò Ponti had founded Domus. Nor that he was the moving spirit behind the Milan Triennale and the Compasso d’Oro awards, which made Italian design a world phenomenon. Of the Palazzo Montecatini and Via Dezza I was also ignorant – though I did know the Torre Pirelli from photographs, as it featured in my prized and battered edition of Nikolaus Pevsner’s Pioneers of Modern Design. It seemed almost painfully beautiful.

This began for me a period of Italy envy not yet concluded. The Italians enjoy figurative expressions, and their beautiful language is well adapted to them. Italy’s is the culture of la bella figura – a belief that appearances, comportment and graciousness are overwhelmingly significant in the well-managed life. We in what WH Auden called the gothic North live in certain knowledge that the Italians have better food, better clothes and more sunshine. And we suspect they have more and better sex, too. Merely thinking of Italy is a pleasure – to us, all the associations are positive. Alfa Romeo does not sound like a car’s name, it sounds like an erotic proposal.

And Ponti was the great shaman at the centre of it all. Italy’s industrial revolution did not occur until after 1945 and was not about coal and railways but furniture and consumer products. Actually, Italy circa 1900 was rather grim, but the years of la dolce vita that followed the end of the war made mass-produced beauty an everyday reality – or an everyday possibility, at least. One of Ponti’s inspirations was to escape the dark-brown Novecento Italiano artistic movement, founded in Milan in 1922 on the philosophy of Fascism. And the new industries were the escape route: “Industry makes style,” he used to say. You did not find Brits in Birmingham saying the same.

The newly emerging corporations built confident monuments: thus, the razor-edged Torre Pirelli – as lovely an example of industrial bella figura as you can find and, like the Fornasetti cabinet, a Ponti collaboration, but this time with an engineer: Pier Luigi Nervi. These were years of supreme Italian economic confidence.

When the founding members of what became the EU agreed a treaty in 1957, they signed it, symbolically, in Rome. It was then that Fiat made its unforgettable series of small cars: Dante Giacosa’s Seicento and Cinquecento were created to get workers on the move, but became symbols of accessible style and democratised luxury.

At the same time, Olivetti glamorised office life with typewriters designed by Marcello Nizzoli to be as suavely elegant as statues. You could learn about all of this in Ponti’s Domus. He championed them all, as well as eccentrics such as Carlo Mollino – a furniture designer, a racing driver and photographer of eroticism.

The Via Dezza apartment building in Milan, designed by Ponti, was his last home and, here, he developed ideas that he had first explored in older dwellings on the Vias Randaccio and Benedetto Brin. Outside, individual owners could specify their own windows to give animation and variety to the street façade. Inside, in his eighth-floor apartment, he wanted “spazio continuo”, or deconstructed living spaces, populated by his elegant and comfortable furniture. There were movable walls. Even the bedroom was open-plan. To live Ponti-style, you needed to be open-minded as well as open-plan.

But perhaps his greatest residential masterpiece was the Hotel Parco dei Principi of 1960 in Sorrento – a perfect memorial to his sensibility. He was responsible for the building, the decoration, the furniture and the tableware. This was “total design”, the world alla Ponti, showcasing an architect, designer, teacher, polemicist – a man who crossed boundaries and lived comfortably in different territories.

Ponti’s hand was everywhere in mid-century Italy and it can still be seen today. The ceiling lights he designed for Augustus, the 1927 motor yacht by naval architect Nino Zoncada, were bought last year by fashion designer and superyacht owner Domenico Dolce and installed in his Dolce & Gabbana Corso Venezia menswear atelier in Milan.

Dolce reveres Ponti and so, too, does anyone who loves modern Italy. Imaginative, sometimes unorthodox, but always, always elegant. Cosmopolitan, but indubitably and essentially Italian, Ponti combines the twinned senses of pleasure and purpose. La dolce vita indeed.