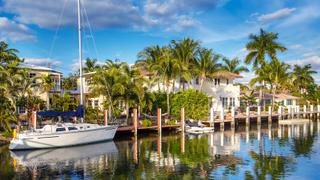 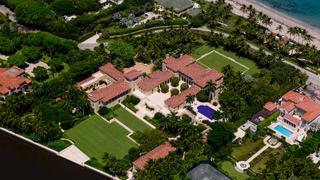 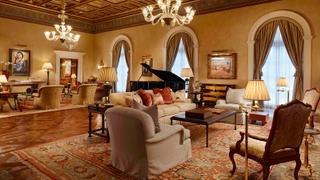 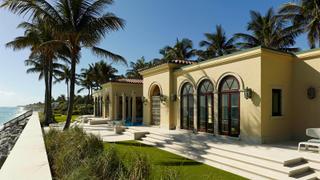 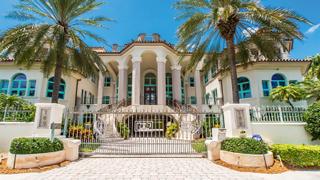 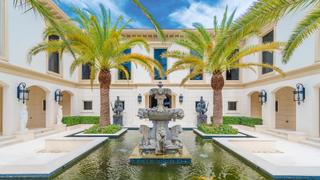 Property of the month: Palm Beach's most expensive ever home listing

Palm Beach and Miami have always attracted elite purchasers, but the superyacht hub of Fort Lauderdale is also on the up for investors. Francesca Steele investigates these new investment areas and discovers a 10 bedroom Italian Renaissance mansion that still pushes boundaries of excess...

For luxury property buyers, Florida is known for two things – big boats and low taxes. The lack of a state income tax can save taxpayers as much as 13 per cent of their annual income. And water is so prevalent that a third of the state’s population now lives in the waterside counties of Miami-Dade, Broward (home to Fort Lauderdale, superyacht capital of the US, pictured above) and Palm Beach. These are also some of the most expensive places to buy property in the country.

“The marine industry fuels many of the residential purchases here: yacht designers, brokers, marine manufacturers,” says Ron Shuffield, president of EWM Realty International. He adds that, despite the devastation wrought by Hurricane Irma, 2017 has been a good year. In June, July and August sales of $1 million plus homes rose by 32 per cent year-on-year.

Katia Bates, creative director of Innovative Creations, a construction and interior design company, says: “While Miami has always been the spot to be, in recent years Fort Lauderdale has seen a tremendous change and become one of the most desirable places to live in America.” This she attributes to the rise in new luxury condos and high-end restaurants. “Fort Lauderdale is also the Venice of America, with miles of canals where boaters can navigate endlessly.”

However, this rise in investment in newer areas hasn't slowed the market in more traditional hotspots as the listing of Il Palmetto - the most expensive house ever to go on sale in Palm Beach - proves.

Who needs a home with cloisters, an outdoor loggia and a 16th century carved ceiling? An internet billionaire with a state-of-the-art 90 metre sailing yacht, that’s who. Jim Clark, the founder of Netscape, the web browser, and owner of Royal Huisman’s flagship sailing yacht Athena (also currently for sale), bought this 1930s estate in 1999 for $11 million. Il Palmetto is now on the market for $115 million, the most expensive Palm Beach property ever put up for sale, but he has made some key additions, including a few extra bedrooms, an infinity pool and dockage for his antique motorboats.

The property was built by society architect Maurice Fatio for the Philadelphia industrialist Joseph Widener. The estate is 5.14 acres and has about 340 feet of beachfront, east of South Ocean Boulevard. Since restoration, the house has 10 bedrooms (including one lovely, secluded two bed boathouse), a 20,000 bottle, carved limestone wine cellar, two elevators, and an indoor/outdoor entertaining area known as the Moroccan Room because of its intricate tiling.

There’s a tunnel for direct beach access and the designer boutiques and fine dining of Worth Avenue are close by, as are a range of golf courses and polo venues.

The best of the rest: Floridas's top waterfront properties

This 11 bedroom home has 49 metres of deep water frontage for yachts up to 42 metres. Its 21,000 sq ft of living space and features a movie theatre and a gym.

The six bedroom Tuscan-style estate in Las Olas Isles is almost entirely surrounded by water. It has imported marble, a 5,000 bottle wine room, and ample dockage.

Property of the month: 5 reasons to buy this historic Hamptons mansion

Property of the month: A former monastery on Italy's glamorous Amalfi Coast