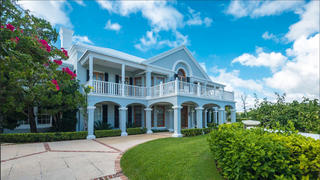 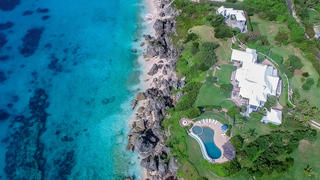 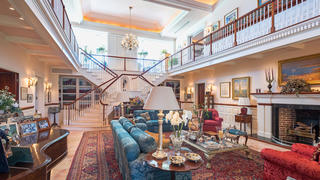 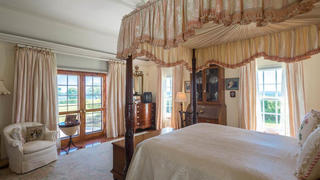 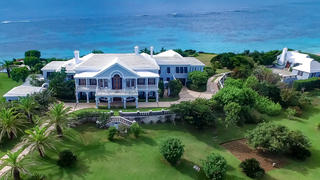 Property of the month: Why Old Battery is the perfect Bermuda base

It hasn’t been the easiest few years for Bermuda but the America’s Cup could be about to give this 21 square mile archipelago a real estate boost - and Old Battery is the perfect investment says Francesca Steele...

With a population of just 64,000 this paradise built on a romantic history of shipwrecks and unusual pink sand beaches has been highly susceptible to the financial crises of the past eight years. However, the island’s decision to host the 35th America’s Cup is expected to bring investment and a welcome uplift to commercial real estate. Also expected in 2017 is the completion of the first phase of residences at Caroline Bay, a luxury 182 acre waterfront Ritz-Carlton resort. Here, homes priced from $2.5 million will have access to amenities including a new superyacht marina.

Elsewhere on the island, Tucker’s Town and Mid Ocean in the east, and Point Shares and Fairylands near the capital of Hamilton, remain the hotspots for the luxury market, according to Clare Marshall of Coldwell Banker Bermuda Realty. Think $2.5 million to $3.5 million for a “basic” home: four bedrooms, a swimming pool and large garden – although many properties sell for $20 million or more.

Tucker’s Town was once one of the poorest parts of Bermuda, a farming and fishing village rumoured to have failed both as a cotton plantation and as the location for a new township intended by a former Governor of Bermuda, Daniel Tucker. Before golfing resorts made the area popular in the 20th century, Bermuda’s current capital, Hamilton, and its former capital St George’s, both a 20 minute drive away, were the places to be. Not so now – Tucker’s Town, on the very private, northeastern Tucker’s Town peninsula, has the most exclusive real estate in Bermuda. It’s hard to find a property there for less than $2 million.

Tucker’s Town was also once the residence of soldiers stationed at Castle Island, where the oldest standing fortification in the Americas, the 17th century King’s Castle, stands today. Visiting the Old Battery, an exceptional nine bedroom family home set in 4.5 acres high up on a hill overlooking the South Shore, it is easy to imagine an English army poised to defend against Spanish attack. Old canons in the grounds sit alongside some old stonework thought to be part of original fortifications.

“This really is one of the most extraordinary properties in Bermuda,” says Elaine Darling of Rego Sotheby’s International, “in terms of proximity to the main towns and yet [it has] a very high level of privacy because of its hilltop position – it is unrivalled.”

From the outside this 733 square metre home, on sale for $23 million, resembles in many ways a classic Bermuda property: pastel coloured exterior, stepped white roofs and huge terraces facilitating a seamless indoor/outdoor lifestyle. Built in 1926 and renovated in the 1990s, this is a grand home inside, well suited to the four poster beds, formal dining room and gold bathroom taps. The main house contains five bedrooms, including a self-contained studio and a staff apartment. From the main entrance a sweeping Palladian-style staircase links lower and upper reception rooms, with spectacular views over the gardens. Downstairs there is a wine cellar – and if the stairs become too exhausting, you can always take the lift.

On the first floor is a light and airy sunroom with views of the Atlantic, next to a classic bright white tongue and groove kitchen and informal breakfast room. The master bedroom suite has a cedar-panelled study, as well as a wet bar, dressing room and a gym.

For guests, there are two separate cottages: the one bedroom Powder Keg and the three bedroom Bluebird next to the tennis courts, which has its own beach. The main residence has a private beach too, dotted with tall rocks that call to mind the island’s darker days of naval battles and shipwrecks. There is an infinity pool and for anyone who eventually tires of soaking up the sights – or sun – a room alongside the garage is currently used as a recreation room.

Golf is on the doorstep, at both the world-renowned Mid Ocean Golf Club and Tucker’s Point Golf Club. Locals praise the delicious pizzas at the latter’s Sul Verde restaurant, as well as its Italian-style seafood, and the beach club is recommended.

There’s plenty of history to soak up at nearby St George’s and the capital Hamilton has more restaurants, bars and clubs. It is also here that yacht owners will want to dock. There are three marinas, with plenty of space for the largest of vessels. Front Street, the lively pastel-coloured waterfront, will be swamped with spectators come this year’s America’s Cup and investors are already making improvements to the shops and eateries. The Old Battery may make the most of Bermuda’s history but this is a modern house on an island looking to the future.

The Old Battery is on the market for $23 million via Rego Sotheby’s International Realty, +1 441 505 0389, regosothebysrealty.com. Francesca Steele is senior property writer at The Times

Property of the month: 5 reasons to buy this vast Grenada villa

The celebrity-approved luxury properties for sale

Property of the month: 5 reasons to buy this Miami mansion