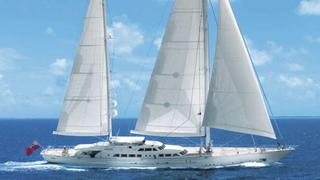 November’s sales tally has slipped slightly from the previous month, but figures are still healthy, and seriously large yachts are making a splash in orders and deliveries.

Twenty-eight superyacht sales were reported in November, a drop on October’s bumper crop of 36, but on a par with the 29 recorded in November last year. The largest pair were, unusually, sailing yachts – 64m Felicita West, delivered in 2003 and 56m Salute, delivered in 2008, both built by Perini Navi. They were followed by Codecasa motor yacht Project Falcon, due in 2015. Ten of the month’s tally were US-built yachts.

We know of 23 superyachts coming to the market in November, a reduction from October’s 36 and on November 2013’s 30. The largest boat to hit the market was 51m motor yacht Emelina, delivered by Codecasa in 2008. This was followed by 47.85m, 2005 Trinity motor yacht Rebeland 47m, 2008 Heesen motor yacht Mon Plaisir.

Our sources have told us of 11 new superyacht orders in November, just pipping October’s 10 and downright trouncing November 2013’s seven. The largest will make the Top 101 list of the world’s largest yachts – a 116m motor yacht at Kleven in Norway, due for delivery in 2016. The second largest was a 66.4m ISA Yachts motor yacht, due in 2017, followed by a 60m from Sunrise Yachts in Turkey, due in 2018.

Eight superyachts were launched in November, according to our records, exactly the same figure as October and down slightly on 10 in November last year. The largest was another seriously big boat – a 100.8m motor yacht known as V853, from Kusch Yachts in Germany, followed by 65m sailing yacht Lamima at the Italthai Marine Shipyard in Thailand.

We know of seven superyacht deliveries in November, a reduction from 12 in October but similar to the figure recorded in the same month last year, six. The largest delivery was 48m motor yacht Khalilah, from Palmer Johnson in the US, followed by 42.4m Heesen motor yacht Alive.

SPIRIT OF THE C'S