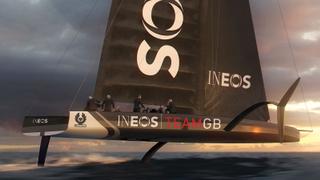 Speaking in London today (April 26), the four-time Olympic gold medallist said: “This is an amazing boost for British sport. With this significant commitment from Ineos to fully fund a two-boat challenge, Britain now has its best opportunity to bring the America’s Cup back home to Britain where it belongs.”

Ainslie will be heavily involved in Ineos Team GB — not only will he skipper the boat and act as team principal, but he will also head up the design and build phase of this three-year project, which will culminate in the 2021 Auckland showdown with the Defender, Emirates Team New Zealand.

“With the team we have assembled, we believe we can get a fully competitive boat to the start line,” added Jim Ratcliffe, chairman of Ineos. “After that it’s all down to the fine art of sailing. Ben is arguably the best sailor that Britain has ever produced so we should have a fighting chance of success.”

In accordance with the AC75 class rule, which was published earlier this month, all teams will race on 22.8 metre foiling monohulls, as opposed to the foiling catamarans that have been used in the last two editions of the America’s Cup.

James Sheldon, commodore of the Royal Yacht Squadron, concluded: “The America’s Cup is undoubtedly the most important yachting trophy in the world and we are delighted that Royal Yacht Squadron Racing is supporting INEOS Team GB in its attempt to bring it back home.”