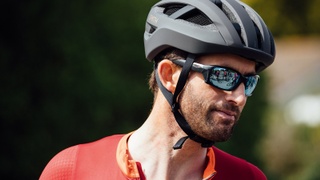 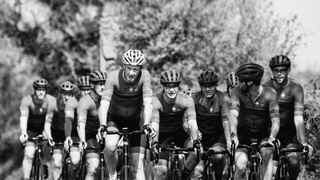 With just under two years until the next America’s Cup and with World Series racing looming on the horizon, fitness has become a huge focus for our sailing team. The decade between the 32nd America’s Cup in Valencia and the 35th edition in Bermuda changed its athletic demands beyond recognition. In Valencia we raced the monohull IACC class which demanded short bursts of explosive power to be delivered occasionally (sometimes very occasionally) over the duration of a two-hour race.

The 35th America’s Cup in the multihull, foiling AC50 could not have been more different, demanding a sustained physical effort over a much shorter duration race at 20 to 25 minutes. The physical effort was much more like a cycling time-trial (we saw this literally with the Kiwi “cyclors” who replaced traditional grinders) or a rowing race than anything in the previous Cups – except for those rare, leg-long tacking duels.

Don’t get me wrong, the grinders of those days – such as the legendary Andrew “Raw Meat” Taylor – were super-impressive athletes with huge peak power outputs, but as in all sports the training techniques and the performance inevitably evolve.

And now it looks like the 36th America’s Cup in Auckland will be an even bigger physical challenge and different again. The new boats are a lot bigger and heavier, going from 15 to 23 metres and 2,432 to 6,450 kilograms, with the crew number increasing from six to 11. Having just seen our first race boat come out of its mould, trust me: it’s a hell of a lot more boat.

The rules on power have also changed – we are now allowed batteries to control the hydrodynamic surfaces (the foils and rudder). The crew need “only” power adjustments to the aerodynamic part: the sails. It might seem like this should have made things easier; but the rapid changes in righting moment brought about by the foiling monohull design and the requirement to hoist and drop Code Zero sails mean that the crew will be working just as hard, if not harder.

The physical work will have a different character again though, with more raw power at peak levels required. It will be more like a rugby match than a time-trial; the crew will be constantly moving but with regular bouts of explosive anaerobic power. The change from AC35 to AC36 will require bigger, stronger athletes capable of producing higher peak powers consistently for a 30- to 40-minute race.

We have brought together a sailing team of 17 and we categorise them into two groups. I’m part of what’s traditionally been called the afterguard. The role is technical, we won’t be spending any time on the grinder handles and because we are limited to an average crew weight of 90 kilograms per person we have to be as light as possible – so our grinders can be as big and strong as possible. In other words, much like a jockey, the afterguard is on a diet.

Everyone else will be grinding, putting power into the boat so we can trim the sails. Their training program looks very different. It will have a higher volume of work and be much more orientated to higher intensity bouts of activity for peak power delivery, along with absolute strength gains to support the power requirement and help to prevent injury. And their diet will be more based around enhancing lean muscle mass.

For the afterguard the training is based primarily around long-duration/low-intensity workouts to burn off any excess fat. These can be long and monotonous, but we are beginning to spend a lot of time out on road bikes and it’s fair to say a few of us are catching the cycling bug! The recent acquisition of Team Ineos cycling is therefore quite timely for us and I’m sure there are learning opportunities between both teams. We also recently had our first big sailing team ride on the Isle of Wight thanks to Ineos CEO Jim Ratcliffe – he saw it as a key part of the fitness programme and bought the sailing squad top-of-the-range Specialised road bikes. So now we certainly look the part, even if we’re never going to be quite as quick as the other Team Ineos!