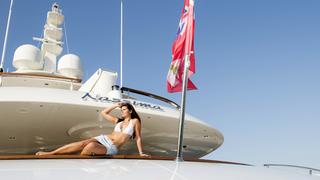 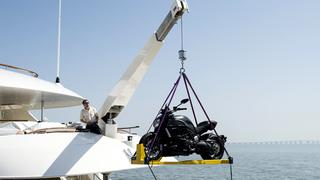 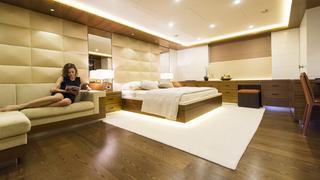 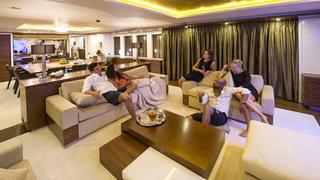 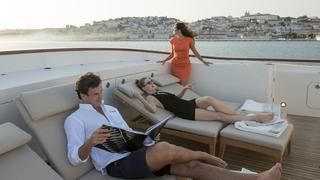 You could be forgiven for not immediately recognising the name Acico Yachts. It began life as Dutch Yacht Builders in 1995 in the small city of Enkhuizen on the Ijsselmeer. With a rich history of shipbuilding, the area produces quality workers for the Dutch yacht-building industry. Indeed, the Dutch have always been known for craftsmanship, and it was for this reason that the Middle Eastern owner of the 49 metre Nassima chose Dutch Yacht Builders to build his dream yacht in late 2009. But six months into the build the yard hit financial difficulties and was in danger of closing its doors. Nassima’s owner – a man who knows the value of hard work – saw worth in the yard’s employees and the three yachts that were still under construction. He bought the yard and its interests, putting his owner’s representative – Christian Bolinger – at the head of the newly formed Acico Yachts.

Bolinger, a Swiss naval architect and designer, thus became the company’s managing director and has been diligently working towards creating a brand that he hopes will one day compete with the big names in the Dutch yacht building industry.

Nassima, which is now for sale, has been designed for covering big distances, offering a range of 5,500 nautical miles at 14 knots. While the brief gave free reign when it came to styling and interior design, the owner had very specific elements he wanted included. He asked for a large gym, a master suite on the bridge deck, a large aquarium, a stern garage for his motorcycles, a stern platform/cockpit for sportfishing and accommodation for a host of friends who would join him aboard, mainly for fishing expeditions.

Olivier van Meer, who provided naval architecture and exterior styling, gave Nassima classically styled lines with eye-catching features such as that aquarium, which divides the main saloon from the aft deck. She has a seaworthy, strong feel while her superstructure has been kept low, further highlighted by a thin, slight radar arch.

As per the brief, the stern garage is one of Nassima’s many surprises. It holds not tenders, but rather a Mini Cooper and two Ducati motorcycles. ‘I wanted the yacht to carry a car – it is a must for reaching a destination and not having to worry about getting transportation,’ says the owner. ‘I had to have my motorcycles for the same reason.’

The garage’s clam-shell door opens down, taking with it a section of the main aft deck to allow the crane ample room to manoeuvre the Mini’s platform. The crane also lifts the bikes and the host of toys found aboard.

The interior was designed by Maja von Dewitz of VDP Studio and built by List, with some loose furniture built in-house by the yard. ’The owner approached us with few but concisely formulated wishes,’ says Christian Poppe, VDP Studio co-founder. ‘His ideas matched our view of good design. The most important aspects were functionality, longevity, durability, plain aesthetics, honesty in design and utilisation of quality materials (especially in the context of responsibility to the environment). All these requirements were transformed into an elegant, comfortable and contemporary interior.

‘A harmonic mix of nutwood and white lacquered panels runs like a common thread throughout,’ Poppe continues. ‘Upholstered panels in sand-coloured satin gloss, a darkish wooden floor together with light and soft carpets form dedicated accents. Carefully placed features like the backlit onyx dining table, the world-map clock, the aquarium and indirect lighting create a cosy yet exciting atmosphere, while the remaining furniture was developed to underline the conservative approach to the interior.’

Her layout, too, holds surprises. Forward, past the main deck aquarium, a small seating area greets guests but the main saloon is dominated by a massive, 12-person square table that accommodates the owner’s entire party.

As you move forward on the main deck, you are greeted by another surprise – a urinal in the dayhead. This was a wish of the owner who thought his friends would enjoy the added convenience. Continuing forward, the conventional master suite has been replaced by a full-beam gym with extensive workout equipment. However, Bolinger and the forward-looking owner made sure to include all the important piping and wiring necessary to transform the space into a cabin in the future.

The owner’s cabin is located on the upper deck in place of the upper saloon. It offers commanding views, and looks aft on to a small seating area complete with windscreens; there is ample space further aft here for water toys that can be deployed by the garage crane below.

The lower deck features an expansive full-beam VIP that rivals the master in size and amenities. The remaining four guest suites are all twins to meet the need of the owner’s sportfishing entourage and are not convertible into doubles, although one of the benefits of the owner also owning the yard is the ability to make changes for a new owner if necessary. Nassima is now also available for charter.

The sundeck is expansive, and dominated by a large bar amidships and a massive dining table aft. The owner opted not to include a spa pool, although the bar area has also been fitted out with the proper wiring and piping for a pool to be retro-fitted. Forward is a decent selection of sunpads, and although the radar arch gives no shade, two awnings can be quickly deployed.

For Nassima’s owner, a man who seemingly likes to build companies, it is no surprise he has been bitten by the building bug and is looking to sell Nassima and begin a new project. The forward-thinking ethos – installing pipework and cable runs necessary to change current spaces according to a new owner’s wishes – makes for an attractive and flexible proposition.

For his part, Bolinger sees that the company is secure in the fold of Acico Industries. ‘The owner has given me a lot of freedom to manage the yard as I think it should be done,’ he says. ‘He provides management support as well as financial security, but there is no interference in terms of our design, marketing, engineering and production. Another key strength is the level of in-house engineering we have. When I compare the operation here to other yards of a similar size, I see us as being a step ahead of the competition. Being a naval architect and engineer myself, I incorporated a design and engineering department as well as the required processes, whereby we do all design and engineering work using parametric 3D tools. I believe people enjoy building for and with us. We build pleasure craft, and it should be a pleasure to build yachts. The staff are proud to be here and find it a fun working environment.’

And what of future plans? ‘In the coming years, we would like to continue building custom yachts,’ Bolinger concludes, ‘but at the same time I would like us to develop a production range, the idea being that we create an identity and a clear style for Acico Yachts. It will take five to 10 years, but with 60 very experienced staff and craftsmen, we are looking forward to a bright future.’

This is an abbreviated version of an article that appeared in the February 2013 edition of Boat International.

The 40m Low Profile is a sumptuous villa at sea