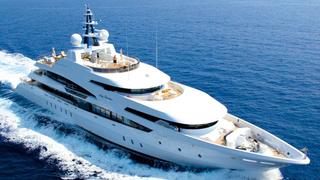 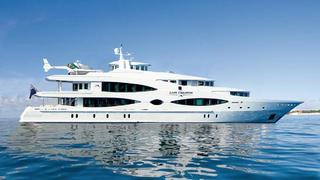 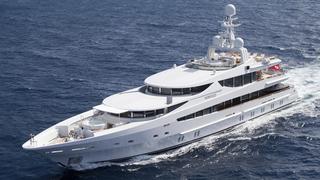 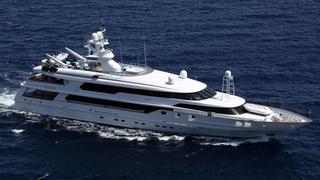 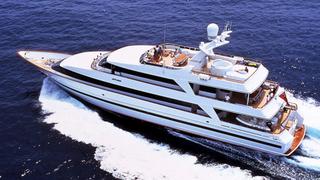 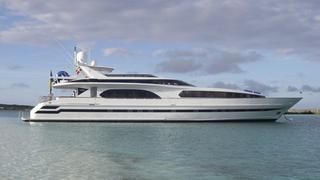 Opulent Oceancos - 6 yachts for sale from a famed Dutch yard

Oceanco came into existence in 1987, when a group of South African private investors under the guidance of then CEO, Richard Hein, began yacht-building operations, with the hulls and superstructures built in Durban, South Africa. The yachts were then transported to various facilities in the Netherlands where the finishing work took place.

Today all building operations take place at the Alblasserdam yard in Holland. In 2002 Theodore Angelopoulos took control of Oceanco and embarked on a new building strategy focusing on the niche market of 70m+ superyachts and developed the Y Generation of yachts which began with the 80m Amevi (Y701), and 82m Alfa Nero (Y702).

Dr Mohammed Al Barwani, a private investor based in the Sultanate of Oman, acquired Oceanco in March 2010. Al Barwani has interests in oil, gas, manufacturing, and minerals in Europe, the Middle East and Asia Pacific through MB Holding Company LLC as well as investments in various other diversified assets.

The 85.5m Sunrays _was delivered in March 2010 to a design by the late Björn Johansson with interior design by Terence Disdale. She was succeeded by the 86m Nuvolari Lenard-designed _Seven Seas, delivered in November 2010.

The 88.5m Y707 yacht Nirvana was recently delivered and the yard is currently working on the ninth superyacht in the Y series  a 90m motor yacht due for 2013.

The 62.3m Lady Christina was built in 2005 and offers large areas of deck space as well as a very comfortable and luxurious interior designed by Francois Zuretti.

The accommodation consists of a very spacious and elegant master suite forward of the upper deck with superb views through a semi-circle of windows and a private saloon. Four guests cabins are located on the lower deck, all en suite.

Lady Christina is offered for sale by Alex Busher at Edmiston & Company who comments: Lady Christina was built for her present owner and has been incredibly well maintained. She features an enormous forward-facing panoramic owners suite, which is on a split level. Her top deck is simply vast and yet has some intimate areas. Aft there is a very popular beach club which includes a hamam sauna. Above all, the quality of the construction is simply second to none. Her owner is now ready to sell.

Delivered in 2001, Lady Christine has a spectacular owners suite and can comfortably accommodate eight guests in two doubles (easily convertible to twin cabins) and two twin cabins. The dining area, which is situated forward on the main deck provides the owner and guests with magnificent panoramic views out of the vertical windows. On the top deck is a relaxing area that the owner named the Key West Lounge. Lady Christine is Lloyds classed and MCA compliant.

Lady Christine is for sale at Burgess who say She is all about volume, at 1036 GT. Built for a highly experienced yachtsman, the yacht enjoys high ceiling heights throughout and a great feeling of space and grandeur. The impressive owners deck incorporating a vast suite has to be seen to be truly appreciated. Priced below 20m this is a very interesting opportunity for any knowledgeable buyers.

Launched in 2000 and with a length of 52.8m, Sunrise reaches a top speed of approximately 18 knots, powered by twin MTU engines of 1,714hp each.

The two tenders are positioned on the aft deck to lower the centre of gravity and to keep the upper deck free for private use. The owners suite is divided into three useful spaces: a private passageway leading to the owners office; the round cabin completely surrounded by windows with panoramic views and a sumptuous bathroom with a spa bath and dressing area. There are a further five guest cabins, all en suite, and Sunrise is Lloyds classed and MCA compliant.

Again, Burgess are the central agents for sale and say, Built for her current owner, Sunrise has been immaculately maintained throughout her life by a very involved owner and presents superbly.

The yacht has just benefited from the addition of Quantum zero speed stabilisers and is now a complete package, keenly offered for sale and totally ready for a new owner to cruise immediately.

The 49.68m Anedigmi was built in 1993 to a design by Gerhard Gilgenast as Indian Achiever and is ABS classed .

Each room, designed and decorated by Donald Starkey, has been finished in the finest woods and fabrics, creating an interior that is just as elegant as it is comfortable. Accommodation is for 10 guests in a master suite, VIP, two doubles and a twin cabin.

Guilio Riggio at Fraser Yachts has Anedigmi for sale and says of her, She recently had a full refit including a complete engine rebuild so is basically like a new yacht. The latest addition to her toys is a water slide that takes guests from the sundeck directly into the sea.

Applause (formerly Arabian Princess) is a 45.55m motor yacht built in 1995 to ABS class. This custom semi-displacement yacht is equipped with an ultra-modern stabilisation system which reduces roll motion effect and results in a smoother more enjoyable cruising experience. She also features bow thrusters making her more manoeuvrable at low speeds. Applause offers accommodation for up to 12 guests in a master suite, VIP cabin, three doubles and two twins.

Burgess have Applause listed for sale and comment, Equipped with powerful twin MTU 2,240KW main engines and a semi-displacement hull form, Applause is capable of a cruising speed of 20 knots and a maximum speed of 26 knots, allowing her to cover ground at speed and open up a wide range of cruising destinations.

Recently reduced in price to just $6.5 million, Applause represents a fantastic opportunity to acquire a proven pedigree platform at an excellent price.

Delivered in 1994, the 37.49m Caprice was designed by naval architect Gerhardt Gilgenast. Her interior design was completed by Donald Starkey and the A Group of Monaco and she features a four-cabin layout with a generous main deck that includes a large saloon, separate formal dining, gourmet galley and oversized aft deck.

Her main engines, twin Deutz TBD 604s at 1,350hp each, mean she cruises comfortably at 14 knots with a top speed of 17 knots. Her 12,000 gallon fuel capacity provides for extended range in stabilised comfort. Additional amenities include a spa pool on the sundeck, a 17 Novurania tender and waverunners.

Offered for sale by Bob Cury at RJC Yachts, he says, Currently offered at $3.4 million, Caprice is the most aggressively priced Oceanco on the market and is lying in Fort Lauderdale until sold.