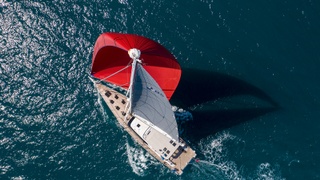 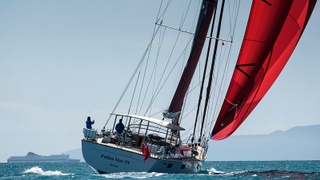 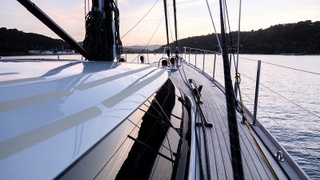 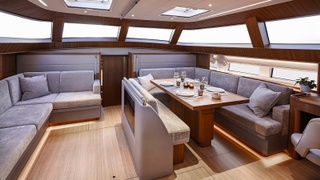 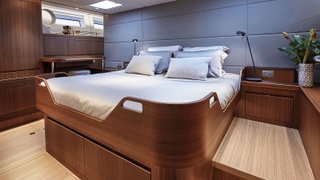 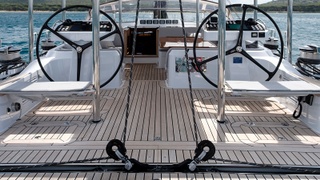 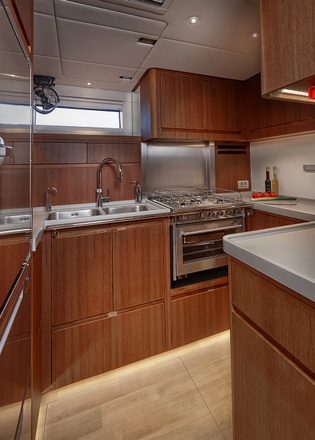 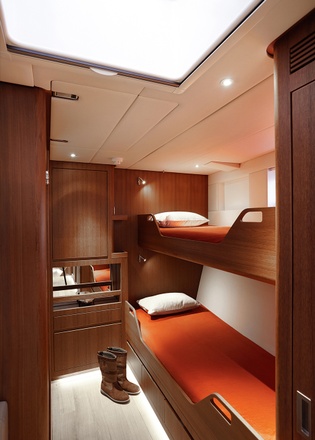 With design and outfitting that reflects the ocean-going experience of both owner and skipper, Polina Star IV is ready to take on the world, learns Mike Owen

As the numbers attached to a yacht’s name rise, the experience aboard tends to self-declare. That’s certainly so with Polina Star IV and her owner, a keen, active yachtsman and veteran of many Atlantic crossings, who with his captain prescribed a very personal customisation of the all-new, 26-metre Contest 85CS. “While some semi-custom builders are reducing the opportunity to truly personalise, we are showing in this new launch that we really can go far,” says Arjen Conijn, third- generation CEO of this family-owned shipyard.

Contest Yachts is known for semi-custom blue-water cruisers, with a 60-year history of innovation in design and build technology, and the Dutch yard has a growing reputation for yachts optimised for both light and heavy winds. That is, after all, what oceans serve their sailors.

“Any yacht can sail fast in 15 to 25 knots but, honestly, that’s always a little uncomfortable with the wave movement and heeling. A few hours are enough. If you want to eat, sleep or shower it’s not relaxing,” says Captain Alessio Cannoni, who has been a professional sailor and racer for 20 years. The answer, he believes, is a lightweight yacht design and a large number of sails to choose from, offering the option of sailing well in both light winds and heavy: “in five knots and 50 knots”. In storms they can reduce the sailplan, while in light winds, big sails will allow them to sail “fast and flat” – comfortable enough for a shower. “Now that is both relaxing and fun,” says Cannoni. “With the help of our huge sail locker, I anticipate we will sail 70 to 80 per cent of the time, the reverse ratio of most.”

The point was proven in a mid-winter sail from the Netherlands to Sardinia, with very low engine hours in a near non-stop passage that included the foulest of Biscay storms followed by frequent Mediterranean calms in which Polina Star IV maintained good speed, boosted by her big code sails. “We had all weathers,” says Cannoni, with a smile. “It proved the boat well.”

I discover her light-wind prowess for myself, sailing Polina Star IV in Cannoni’s home waters off Tuscany. In the variable winds we encounter, we slip along faster than true wind speed right up to around eight knots. Later, in 16 to 18 knots’ breeze, we hit 12 knots while reaching and up to 10 beating, remarkably to 24 degrees apparent. At all times the feel through the twin carbon wheels was weighted just right. That’s down not just to direct, mechanical steering but also to the single rudder that remains central to the blue-water thinking of both Contest and naval architect Judel/Vrolijk.

The expertise of this naval architecture studio is also evident in the hull lines and structural form, while Contest Yachts has kept weight to a minimum and strength to a maximum through its use of a unique vacuum infusion process. That and the finely finished fit-out offered by the yard persuaded the owner to approach Contest, which had built his initial two Polina Stars, a 48 and 62.

That all-weather potential of a Contest also helped. “Since beginning with Contest [on the 67CS] we’ve evolved the hull with finer lines in the bow and more beam aft,” says Torsten Conradi, partner at Judel/Vrolijk. The aim was to find the best balance in volume distribution to improve overall, but especially upwind, performance. “We’ve also minimised wetted surface for light wind performance, straightening the lines, looking for a smooth water flow, reduced hull rocker, redefined the main section – all clear logical steps.”

The owner and skipper made safety and functionality absolute priorities. All systems needed to be fail-safe, which meant a minimum of duplication for redundancy and swap-out. And nothing came aboard that Cannoni could not repair or replace at sea. “You can’t have a technician visit mid-ocean,” he says. Inevitably on yachts of this type, systems are many, complex and mostly automated. Cannoni, though, knows every relay, switch, valve and sensor throughout, such that he can activate virtually all manually. Contest always ensures full maintenance access and easy swap-overs in its yachts, but this was a step on.

The same logic applies above deck. The Hall/North/Lewmar/Harken/Reckmann cutter rig with A-frame was configured for manual and even solo operation in case of hydraulic or electrical failure. For the Hall carbon spars and North Sails 3Di sails this means a fully battened, slab-reefed main; for line and sail handling, an extra proliferation of oversized hardware. The arrangement provides a solution to all Cannoni’s envisaged deck issues. Six dorade vents on the foredeck, meanwhile, offer trouble-free natural ventilation throughout – with no need for power-consuming, forced-air systems more prone to breakdown. Plus, all the metalwork around the periscope-like vents provides a convenient handhold while moving along the deck.

But yacht usage is all about choice, of course: the standard spec Contest 85CS presents an open, flush deck plan for owners thinking more of casual Med cruising than spending months adventuring deep ocean. That version also offers more cabins for up to four crew and eight guests.

Below on Polina Star IV is a beautifully refined, hand-finished and detailed teak and oak interior, styled by Wetzels Brown Partners and arranged for six guests and a crew of two. Here, too, there are many practical features rooted in Cannoni’s prerogatives, like the open-fronted lifejacket locker by the companionway steps, or the quick-action escape ladder and hatch in all cabins. Consider also the plentiful, ergonomic handholds and the hinged canting boards beneath all berths that level sleepers for better rest on tacks that can last days, even weeks. But despite all this, there is absolutely no loss of comfort, and the silence below – even while sailing upwind in 25 knots and more – is exceptional.

In addition, showers and heads all face along the centreline, scaled for easy use even in big seas. In the galley, the same maxim applies: appliances and drawers all open on that same centreline, denying gravity the chance to spill contents on opposite tacks. The galley is also compactly proportioned to wedge oneself in safely, simplifying meal prep under way. Forward, despite bunks for only two, crew space is generous. The idea is to minimise intrusion on guests, so there is a full workshop and laundry with sliding door and drawer stowage for tools and linen. There’s also a second navigation station-cum-office and watertight access to that huge sail locker, which is arranged so that sails hoist from within for simplicity. Forward are four watertight compartments with a double crash box (sacrificial bow) for extra protection.

In Polina Star IV it appears nothing is left to chance – even the lithium-battery bank and cabling for navigation and communication systems are all installed at a minimum of 1.5 metres above the waterline to prolong operation should water ingress ever threaten. A raised, independently powered 1,000-litre-per-minute emergency pump offers extra insurance. All that’s left now is to set sail. The new Polina Star IV is more than ready to take on the world for an owner keenly determined to complete the ultimate sailing adventure.

All images courtesy of Carlo Baroncini