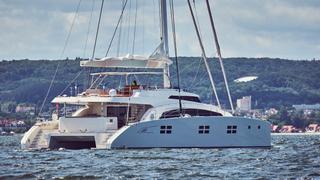 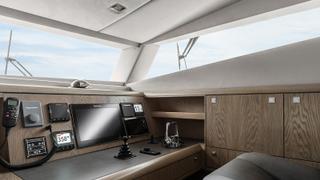 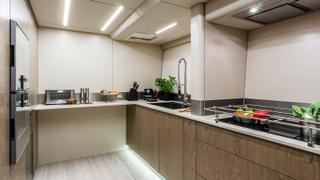 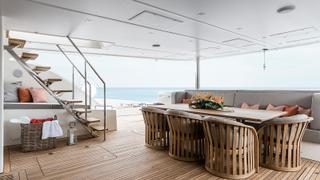 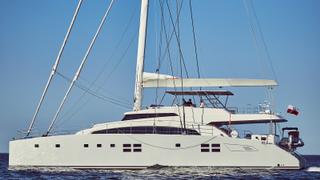 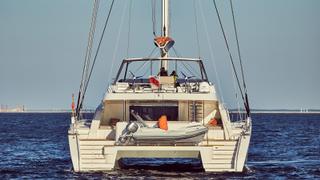 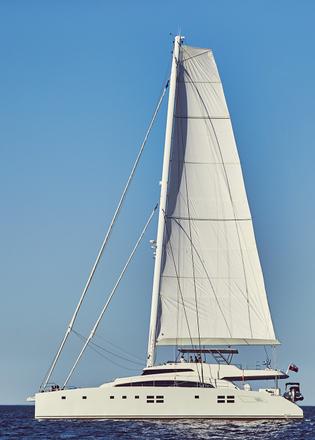 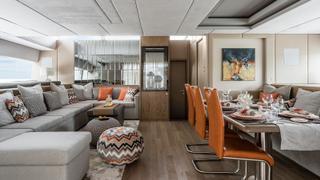 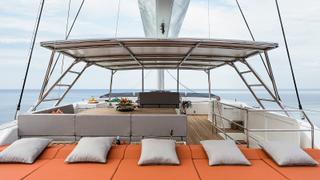 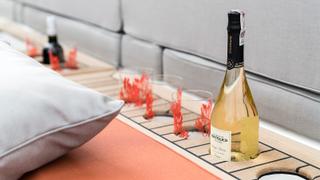 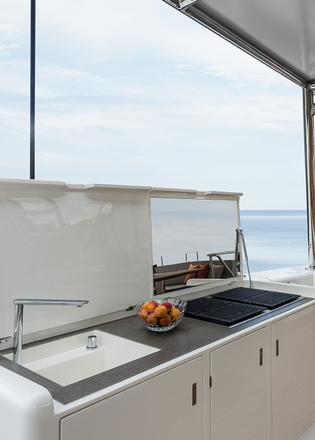 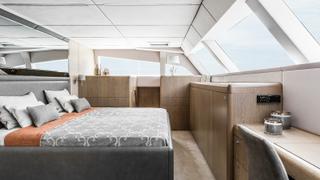 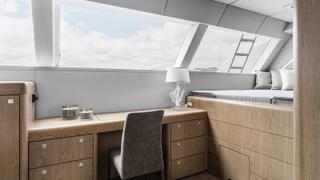 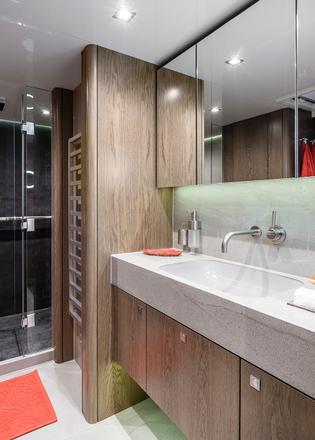 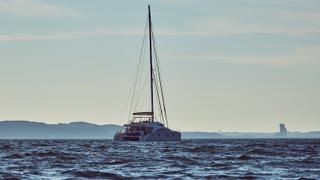 “Every time the season ended we were upset about having to finish up, we just wanted to prolong it,” laments Ian Sellers, captain of 26.82 metre catamaran Ruwani. It’s easy to relate to such end-of-summer blues, but most people meekly accept the changing of the seasons and go back to their day jobs. After 12 years of cruising together, however, Sellers and the owner of this yacht decided to buy the boat that would allow them to keep going.

The owner had previously had a bad experience with a 27 metre ketch-rigged monohull, and Polish multihull specialist Sunreef Yachts offered something appealingly different: more stable, spacious, comfortable and family-friendly. “I saw a Sunreef for the first time in Tunisia,” Sellers continues. “I mentioned it to the owner and we went from there basically.” Such exotic inspiration shouldn’t be surprising for an owner who named his yacht after a Sri Lankan elephant.

Three years later and the Sunreef 88 Double Deck was launched. This new in-house design was based on the yard’s existing Sunreef 82 sailing catamaran and its willingness to stretch the hull and add sportier lines is indicative of a supremely accommodating attitude. “They wouldn't say no to anything — we set them a challenge and they came back with the answer,” Sellers adds. This can be seen in Ruwani’s bespoke Jet Ski storage, oversize wine rack and 34 metre carbon fibre mast.

Take a closer look at the Sunreef sailing superyacht Ruwani

The first two requirements — for more space and stability — were naturally accommodated by Ruwani’s impressive 12 metre beam, which is normally only seen on monohulls above the 60 metre mark. As Francis Lapp, president and founder of Sunreef Yachts, puts it, “This boat is all about generous living spaces. The owner and his family have a real home at sea to enjoy.”

Nowhere is this sense of space more evident than in the main deck saloon, with its C-shaped seating area facing a dining table than can easily seat six people in comfort.

Another big boat feature that Ruwani also boasts is the main deck master suite, which is situated forward with its own study and elevated reading area to starboard.

Three doubles and a twin cabin below decks complete the guest accommodation, while the crew quarters allows for a staff of five people, but the real star of the show, and the other area where Ruwani gets to show off her broad beam, is the superyacht sundeck. Sun worshippers and shade dwellers are equally well catered for with a six-person dining table under the rectangular bimini and a vast sunpad back aft, which can easily accommodate five sunbathers. Sunreef’s attention to detail is evident here too, with recessed slots built into the teak for housing six glasses and two wine bottles.

The yard takes particular pride in this project, its largest since 2010. “We were able to deliver her in a little more than eight months, which wouldn't have been possible without all the teams working hand in hand,” explains Lapp. “We produce and design pretty much everything in-house, so effective communication is crucial. The project reminded us that mutual understanding and focus are essential in the build process.”

As with every sailing superyacht project, comfort and performance had to go hand in hand, and on this front, Sellers happily reports that Ruwani has come through her maiden season with full marks.

Ruwani can accommodate up to ten guests in five cabins

Thankfully conditions improved in time for the owner to enjoy the summer on board cruising the west coast of Italy from Ruwani's Saint Tropez base.

And in keeping with the original plan, Ruwani won’t be going into hibernation for the winter. Sellers and his crew are currently preparing for a transatlantic crossing, with Guadeloupe the first planned port of call. Buoyed by his yacht’s capability, the owner is looking even further afield, with cruising in French Polynesia added to the bucket list, as Ruwani heads off in search of an endless summer.