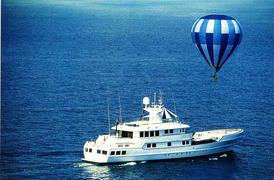 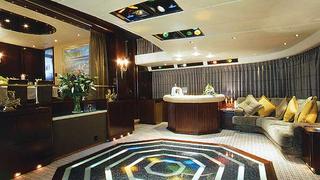 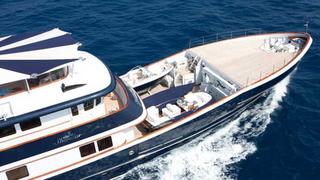 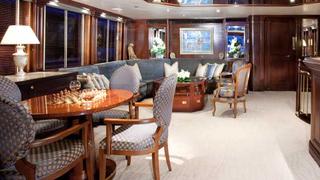 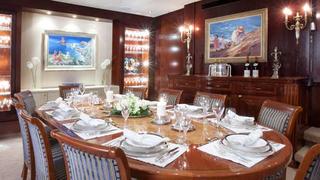 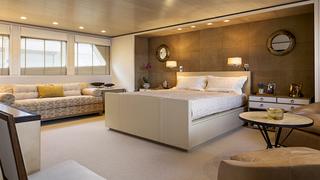 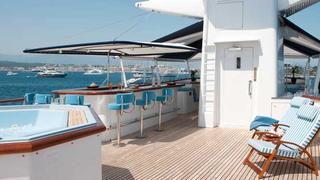 Shandor - the mother of all expedition yachts

Back in 1986, a 46 metre superyacht called Margaux Rose created waves in the superyacht world when she was launched. But it was not the spectacular style of her launch – complete with hot air balloon rising from her foredeck and helicopter alighting exactly on the H of the helipad – so much as the yacht itself. Not only did her layout flout convention but she also looked like a commercial ship. Most surprising of all, she had been conceived by Gianni Agnelli, chairman of Fiat, billionaire bon viveur and a man of supreme style, grace and sartorial splendour.

A passionate sailor, Agnelli is better remembered for his sailing yachts, among them Tiziana, Extra Beat and the inimitable Stealth, but he had the foresight to envisage and build what was probably the first example of today’s world-roaming expedition yachts – an innovation that created a new class of yacht specifically built for voyaging the world in safety, comfort and luxury.

For her design, Agnelli turned to renowned German naval architect Gerhard Gilgenast, while designer of the day Jon Munford undertook her interior design. Schweers, the shipyard chosen to build her, was also the best of its kind, specialising in naval gunships and long-range fishing trawlers.

Such an unprecedented yacht required a hardcore engine, and none other than a MAK would do. This marine version of a power station generator is designed to run continuously and is routinely fitted to single screw fishing trawlers and coastguard vessels. It is the engine that she still has to this day.

Equally over-specified were her bespoke hull – evaluation of thousands of commercial seagoing ships and freighters resulted in an efficient single screw design with the ability to withstand the worst possible weather conditions – and equipment, while her 100,000 litre fuel capacity ensured a 5,600 nautical mile range at 14 knots and, if she slowed down, up to 7,200 nautical miles. Indeed she has a trans-Pacific range, which translates into the potential ability to cross the Atlantic and back on one tank of fuel.

Unlike other yachts of her day, she stowed her tenders forward in a well deck, while instead of a lazarette, her stern contained a spacious dining room and a discotheque lounge on a slightly lower level that gave direct access to the bathing platform.

The well deck, or boat deck, is a special feature of this yacht that topped Agnelli’s list of requirements. He wanted crew, tenders and their work to be removed from guests, and so as well as tender and equipment stowage this area serves as access to the crew quarters and working areas in the bow, and is easily managed by the captain from the bridge. However, with the tenders launched and a live band positioned on the raised foredeck it makes a fantastic party area too.

Agnelli’s second requirement was an elevator which runs from the lower cabin deck to the sun deck. It is used by crew to speed up service but also allows less agile guests to move easily between decks. When the yacht is under way, the elevator locks into its lower position, thereby enhancing stability.

Gianni Agnelli was only the first in a small but illustrious line of owners – among them UK businessman and Labour peer Lord Alan Sugar, who named her Louisiana, and US media mogul and game showman Merve Griffin, who christened her The Griff. Her present owner bought her in 2003, naming her Shandor after a family dressage horse, and she has remained in family use ever since, cruising and circumnavigating the world as she was built to do.

Shandor still has her stern disco – a veritable party room that could also serve as a nightclub, cinema or even gymnasium. With its bathing platform access this area has been used as a cocktail reception area, most notably during the Monaco Grand Prix. The sliding doors to the adjacent dining room can be opened to enlarge the area even further.

Up from the split-level dining room/disco the bridge deck offers a more sedate living and dining area that opens aft through wide doors to a shaded aft deck, complete with a large alfresco dining table and comfortable seating around the edge.

The spacious owner’s suite is located on the main deck where it spans the full beam amidships with a separate en suite bathroom, dressing room and study aft.

Four further guest cabins are situated on the lower deck – two doubles and two twins with Pullmans, allowing for a party of up to 12 guests at a time.

The crew of 11 occupies the two-deck crew quarters, while the captain has his own cabin aft of the bridge. Also adjoining the bridge is the original radio room which lends itself to being converted into a dispensary, sick bay, office or staff cabin.

The sun deck itself is a unique area with a bar (often used for meals, too), a spa pool, sunloungers, massive cushioned areas and a forward observation area covered by parasols, where guests can dine or relax on comfortable banquettes.

Refits in 1994, 2000 and 2008 have kept Shandor in peak mechanical condition and increased her length to 49.95 metres. Her original interior has also been refreshed in a modern classic style by designers H2.

As well as being supremely seaworthy, Shandor is also a comfortable ride. She does not go much faster than 16 knots but at her optimum cruising speed of 13.5 knots she is stable and quiet. Although not ice-classed, Shandor‘s Lloyd’s certification to travel in any waters was renewed at the time of her last refit in 2008. Shandor was sold again in 2012 – she was asking €6,975,000.