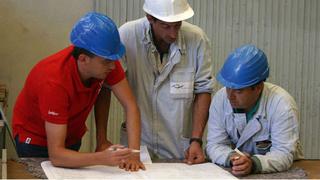 It’s easy to look at a superyacht and think that someone drew her exterior lines exterior and interior stylists added their touches, someone built it, and that was that. But in reality, there are many more players involved in its creation.

Of course, the yacht will have been built, and will be run, within a legal framework established by the country where the yacht is registered (the flag state), but there will have been another party key to her initial design and ongoing maintenance and safety standards: the classification society. It’s a big responsibility, and here we’ll be considering the comeback owners may have against the societies when mistakes are made.

Classification societies (often known just as ‘class’) are privately organised groups of engineers and surveyors. They are experts in the technical aspects of yacht construction and maintenance. Their principal role is to research, establish and apply standards (known as ‘rules’) for design, building and maintenance of sea-going vessels. The rules are highly detailed, covering the integrity of the yacht’s hull, engines and key safety systems.

Societies often offer additional consultancy services, going beyond basic classification, during builds and refits. It is also possible to have even fairly modest yachts built according to such rules, which can boost the resale value. They also undertake flag state inspections.

Even before the build contract is signed, the society will review the proposed plans; in particular any novel features or materials. As well as assessing rules compliance, they can assist with design development.

The societies have two principal limitations.

Firstly, they only consider the physical aspects of the yacht and its equipment, not how they are used.

Secondly, because they are more used to examining ships ten times the volume of even the largest superyachts, there is a reliance on sampling rather than full examinations: things can be missed.

It’s also important to remember that classification is voluntary, and the process needs the co-operation of the buyer’s or owner’s team. It is not a means to police design, building and maintenance.

Society surveyors are human and make mistakes. An owner might want to claim against a society where there has been a mistake made during the build process.

More common are omissions made during the regular surveys, especially where the maintenance of the yacht ‘in class’ is a reason underpinning a purchase. The latter may be an important route to getting compensation, given that the societies are large organisations with deep pockets, whereas the seller is often just an owning company with no other assets once the vessel is sold.