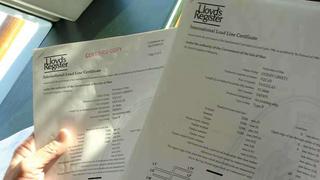 The trouble with suing societies

What makes claims against societies difficult is that while commercial parties often automatically choose English law, the societies all have historical links to particular countries, and often insist on the law of their ‘home’ country. Further, there are still no international conventions on this subject, despite some initiatives.

The choice of law is normally agreed in the contract, of course, but this may not automatically be respected by certain courts, and such a choice may be meaningless to a third-party buyer who was not party to the original contract for classification services.

Where the owner is the society’s client, the position in England and the Commonwealth is that the contract itself should shape the relationship. So the societies will, where possible, try to take full advantage of this by expressly excluding their own liability in the terms of the agreement with the owner. These attempts have largely been upheld.

Indeed, the society may also state that if there has been negligence on its part, then it will compensate the owner, but only up to the amount of the society’s fees paid – which will usually be a fraction of the damages sought.

Amazingly, class societies’ terms will commonly state, for example, that the society ‘does not warrant the accuracy of any information or advice supplied…

In the US, judges’ attitudes have always been to take the societies’ role at face value. In the case of the Tradeways II, which sank during its voyage from Antwerp to the US as a result of serious technical failings, the owner sued the society. The owner stated that the sinking was due to faults which the society had noticed, and had asked to be repaired within a certain time frame, but had nevertheless allowed the doomed ship to sail with their blessing in the interim.

The New York District Court dismissed the case on the basis that the society was not guaranteeing the seaworthiness of the vessel but was simply responsible for inspecting the conformity of the vessel with the rules.

Unless the contract states otherwise, the society is not there to supervise the construction or maintenance of the vessel. In fact, in the Tradeways II case, the problems were well known to the owner.

Meanwhile, the French Supreme Court (Cour de cassation) has decided that where a society surveyor had displayed gross negligence or wilful misconduct, its contractual limitations (which might otherwise have let the society off the hook) cannot be relied upon.

With regard to whether or not the societies were in effect guaranteeing a vessel’s seaworthiness, the French courts, as with those in the States, have declared that their role is only to make various inspections, diligently, to ensure compliance with standards. A similar stance is taken in Germany.

Besides those who contracted directly, there will also be those who haven’t commissioned a survey but rely on one anyway. Sometimes the law allows such people to sue where they relied on the information provided to their detriment, but there will be little recourse against the societies. They are seen as benevolent parties, undertaking important work for relatively small fees, and helping to make yachting safer. The courts are arguably on their side to start with.