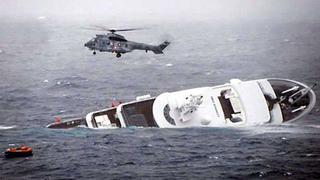 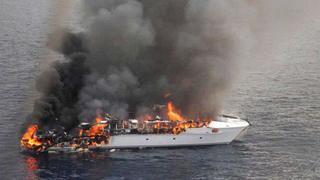 How to buy superyacht insurance: What yacht owners need to know

Purchasing insurance policies and coverage for your superyacht, such as hull and protection and indemnity insurance, isn't just a necessary expense, it is one that should be given considerable attention. One common misconception is that the insurance policy is a simple, all-encompassing document that can be purchased and forgotten until it's needed. On the contrary, insuring your yacht is a multi-faceted consideration, and the insurance policy is a contract that begins an active, ongoing relationship with your insurance provider.

Particularly since 2008, many insurance policies have been purchased based on price alone, oftentimes at the advice of someone who does not have expertise in the specialised world of superyacht insurance.

Nancy Poppe, North American yacht practice leader for Willis Marine, cautions owners against working with an insurance broker who is not a specialist in the field. It takes different knowledge, experience and contacts to properly service an oceangoing superyacht, and a general personal or business insurance broker is not best positioned to do so, she says.

The policy is in essence a multimillion-dollar contract and should be treated as such, says Danielle Massé, director of Global Business Development for the Pantaenius Group. While aligning yourself with an expert in the field is recommended, Massé advises that owners be diligent themselves. Some advisors may have preferences or be influenced in other ways, such as through a longstanding relationship or the promise of a certain level of commission. The best bet is to talk with other owners and make sure you have someone you trust read the contract.

The biggest pitfall, according to most insurance companies, comes from an owner not reading, questioning or understanding the exclusions and restrictions in the insurance contract. Every policy is different and confusion can arise from not understanding exactly what is covered and when it is covered.

An All-Risk policy, for example, says everything is insured unless the underwriter says its not, while a Named Perils policy lists those specific things that are covered. With a Named Perils policy, the onus is on you as the owner to prove that one of those perils occurred, says Massé. With an All-Risk policy, you have a claim, you submit it, and, worse case scenario, it's up to the insurance company to prove that the excluded happened - the onus is on them.

If your boat sinks in very deep water, for instance, and you have a Named Perils policy, you must prove which of the named perils caused the boat to sink. This could be very difficult to prove and delay the entire process, even making it a legal process instead of a straightforward claims settlement.

If your boat sinks in very deep water and you have a Named Perils policy, you must prove which of the named perils caused the boat to sink

Dont take the term all-risk literally. There is no policy that covers every peril, stresses Spencer Lloyd, managing director of Crystal & Company. There will always be named exclusions.

A lot of policies also exclude claims due to wear and tear, not only of the broken part itself, which might be small, but also of the larger consequential damages. 'You assume that your engineer and crew are looking at every square centimeter of the yacht to ensure there is not some small part starting to show signs of wear, but might they miss something?' says Massé. Other policies specify that if something on board is damaged and needs to be replaced, only a percentage of the new item will be covered, because the original item was a number of years old.

The examples go on and on, but being clearly informed about the terms and conditions of your policy will ease the process in the event there is a claim.

The Unwritten Expectation of Seaworthiness

Most prudent buyers will hire a surveyor to examine the yacht thoroughly prior to purchase to expose deficiencies and items that may render the vessel unseaworthy. The survey is not only used as a negotiating tool between the buyer and seller, it is also often considered by an insurance underwriter to understand the vessel's state.

Policy issuance may be contingent on a client addressing recommendations stated in the survey within a reasonable time, says Lloyd. Underwriters will require written confirmation that recommendations have been complied with prior to commissioning the vessel, advises Lloyd. He recommends additional documentation, such as receipts, digital photos or a follow-up written confirmation from the surveyor.

Most yacht policies will warrant a qualified captain be in command of your vessel. Lloyd points out that an underwriter will generally define a qualified captain as someone with a minimum of two years experience as a captain (not as housekeeper/captain or mate/captain) aboard a similar-sized vessel to the one they are applying for. The underwriter also will review the captain's claims history and require notification if a new captain is hired.

Some yacht policies have Named Operator limitations, says Lloyd, where coverage will only be provided if the company has the opportunity to review the operator's qualifications prior to said person taking the helm. Named Operator warranties are usually on high-performance boats, but may be stated on vessels that achieve speeds in excess of 35 knotssuch as most modern twin and triple engine centre consoles.

In addition to the captain, underwriters generally also want to know how many crew members are employed, and some will request the nationality of the crew. If you pick up part-time crew, it is always advisable to let your agent know ahead of time, says Lloyd. The cost of insuring additional part-time crew is minimal when you weigh the potential risk of being liable for an injured crewmember not declared on your yacht policy.

Carefully review how your yacht and its contents are covered during a refit or routine maintenance period. It seems that yards are limiting their liability to ever-increasing degrees, says Peter Wilson, founding partner of Marine Construction Management (MCM). We always have the owner's underwriter and attorneys analyse the yards policy to ensure it is reasonable. We then negotiate the terms to better suit our clients needs. If that is not possible, we seek a different repair/refit facility.

Of late, yacht hull underwriters have exercised a concern with regards to hot work, defined by the Occupational Safety and Health Administration (OSHA) as riveting, welding, flame cutting or other fire or spark-producing operation performed aboard a yacht.

Anytime your yacht heads into the shipyard, it is a good idea to review the work schedule with your agent, says Lloyd. Based on the OSHA definition, repair work like taking an angle grinder to a piece of metal and making a spark is hot work and therefore may be excluded.

Tenders these days are sleeker, bigger, faster and more expensive. In many cases, towed tender claims are eclipsing all other physical damage losses on yachts. Equipment failure, broken towing eyes, insufficient means of monitoring the tender's bilge, and an occasional curiosity seeker getting in between both vessels are a few of the more colourful claims I have heard about recently, says Lloyd.

Generally, underwriters do not want the length of the towed vessel to exceed 20 percent of the towing vessel. When quoting a yacht insurance policy, underwriters will read the information you provide on the towed tender and make a decision to offer either full coverage or coverage with restrictions, which could include limitations such as a 50 per cent deductible while under tow, no nighttime towing, mandatory professional tow bridle, proper lighting, additional battery power or even be outfitted with GPS tracking systems.

If you have your heart set on a larger tender, says Lloyd, be proactive to help reduce your chance of a claim. Your captain should have experience towing a tender, the boat should be equipped with the best towing hardware and incoming water should have an easy means of exiting through self-bailing cockpit drains, for example.

My advice is to keep your insurance broker up to date on everything the yacht is planning on doing, says international yacht broker Jim Webster of Webster Associates. Maintaining the open and active relationship with your underwriter and exercising due diligence will help in alleviating claims exclusions and avoid that grey area that may end with a claim being decided by a court.

This article originally appeared in the March 2014 issue of ShowBoats International magazine.