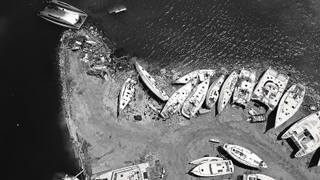 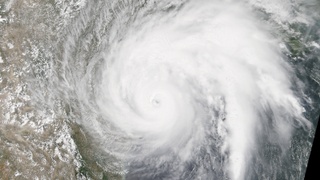 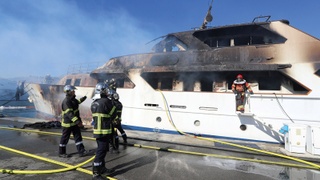 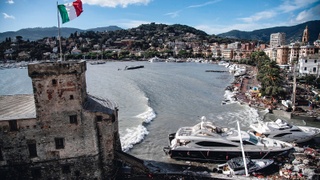 Superyacht Insurance: Why Premiums are on the Rise

Superyacht insurance premiums have exploded in recent years. Who, or what, is to blame?

Did you do a double take when you opened your latest insurance letter? If you found yourself staring at a much higher premium, it may help to know that you are not alone. The likely increase in your current bill reflects an adjustment in the insurance market following a bubble that stretched to bursting point in the autumn of 2017.

Underlying troubles were exposed by an unusually active hurricane season and a trifecta of powerful storms – Harvey, Irma and Maria (known collectively in the insurance world as HIM) – with an estimated combined economic impact of £214 billion [$265 billion], according to a 2018 Market Insight report published by Lloyd’s, which holds a large chunk of the yacht insurance business. The triumvirate of destruction, which damaged not only boats of all sizes, but also residences and resorts as well as valuable cargo, exposed a latent weakness in premiums.

According to an article in The Insurer, a trade publication focused on insurance and re-insurance news, in 2017 alone, Lloyd’s incurred losses of £232.8 million, far exceeding the revenue of premiums collected that year, an estimated £150.1 million. It was at least the third year of continued losses.

“Various syndicates looked upon these very large yachts as a great opportunity,” says Scott Stamper, senior VP and managing director of Atlass Insurance, an international risk management and insurance broker with headquarters in Fort Lauderdale, Florida. “And, frankly, much of it was driven by ego without the necessary underwriting discipline to make certain that the coverages that were being offered were in fact being offset by the appropriate premium. The result was that the market was underpriced for many years.”

Portfolios grew but margins were thin. According to The Insurer, of the 69 Lloyd’s syndicates that used to write policies in the yacht market, 75 per cent were unprofitable. Compounding the problem were several losses in the maritime world, including a fire at German shipyard Lürssen, which destroyed a very large yacht that was weeks away from being delivered. No exact price tag has been published, but the estimates floated put the initial claim at around $650 million and potentially up to nearly $1 billion, including all incidental damages.

“That’s the largest physical damage claim in the marine insurance world ever, larger than the cost of [the grounding of the cruise ship] Concordia,” says Nancy Poppe, North American yacht practice leader for insurance brokerage firm Willis Towers Watson. “Even though in all technicality it doesn’t fit in the yacht insurance market because it was a builder situation, this fire really drew a lot of attention to the potential risks of these very high-valued large vessels.”

Nearly everyone in the Lloyd’s market had a slice of that risk. Add to this a freak storm in Liguria that ransacked marinas, and several other costly incidents in 2017/18, including the grounding in the Red Sea of 134-metre superyacht Serene. “These significant catastrophic events catalysed this market-hardening, but it was due to happen no matter what,” says Sean Blue, global head of watercraft for AIG, which offers yacht insurance solutions and is a significant underwriter of large yacht insurance. “It just made it happen quicker.”

Before the end of 2018, a great number of companies recalibrated, pulled out of the maritime insurance business, or shut their doors altogether. Among a dozen companies listed as withdrawing from the business by an article on Insurance Maritime News is the Brit Syndicate, once a substantial player in the yacht market.

As a result, the number of firms remaining that have the capacity and knowledge to insure $10 million-plus yachts is far reduced. “There are six or seven prominent hull insurers who have the capability, the capacity and the underwriting knowledge and experience to underwrite boats of this size in the world,” Poppe says. This, she adds, is “about half of what it was two years ago”. The problem is even worse in the superyacht market. “On yachts in excess of $100 million, the capacity is not available,” Stamper says. “There just aren’t enough underwriters willing to participate in these vessels that have these very large values. And so you have to get a number of competing syndicates to share the risk and the pricing isn’t what we had become accustomed to.”

So that’s basically how we got where we are: fewer players and a reduced appetite and ability to take on financial risk on increasingly large, complex and expensive boats. Consequently, insurers have become a lot pickier about the kind of policies they are willing to write, looking more closely at history, a yacht’s management and its location, particularly during hurricane season. It also means they are charging higher premiums and asking yacht owners to pay larger deductibles.

It is quite difficult to put a solid number on the rate of increases of premiums, and it varies according to who you ask. However, brokers and underwriters report seeing substantial increases on policy renewals, particularly on the Lloyd’s market. Rocco Bozzelli, managing director of Monaco-based OnlyYacht, OnlyYard and OnlyJet, which work closely with Lloyd’s, and Ingrid Anglin, executive director of the company’s US division, answered our questions collectively. “We have seen rates sometimes double,” they say. “Average increases are varying from 30 to 80 per cent; many variables dictate these increases.” Along with premium increases come a tightening of the rules and sharper scrutiny. This means that, for instance, insurers will look more closely at details like hurricane plans.

“Many carriers are refusing to cover vessels in navigational areas during hurricane season regardless of having a solid hurricane plan,” OnlyYacht executives say. “If your vessel is not above the Georgia line or in the Med during what we call [hurricane] season in Florida, you can anticipate an increase, a declination or an exclusion in coverage.” Also drawing more attention are towable tenders, which Poppe says are among the “most frequent losses experienced in large yacht insurance”. Now insurers will look at everything from the type of tender to the time of day, set parameters for acceptable sea state, and ask for much higher deductibles if they cover a towed tender at all.

That Northwest Passage transit that you always dreamed of undertaking might also come at a much higher cost. “Many of the large yachts have worldwide navigation, but if you read the specifics of worldwide navigation, they exclude remote areas such as the North and South Poles,” Stamper says. The reasons why these areas are excluded from most policies is the difficulty of rescue in remote and harsh environments. “The frequency of a total loss scenario for those types of situations is much, much greater,” Blue says. It doesn’t mean you won’t find coverage, though. “We can look at each risk on a case-by-case basis of whether or not we think it’s a good controllable risk, and make the decision from there.” Even an Atlantic crossing may incur an additional premium that it might not have done in the past, Blue adds.

Yard periods are also coming under more scrutiny because, in part, yard policies cap a loss at an amount that will not cover the replacement value of a vessel damaged while undergoing work in a shipyard. Hot works, heavy equipment and hauling all pose added risks not typically covered under a regular policy.

“Yacht policies are underwritten on the basis that you’re a navigating risk,” Blue says. “If you’re in a yard undergoing work, it’s not a navigating risk. Underwriters are now taking that opportunity to charge additional premiums for yard periods, depending on what is being done and how long the boat will be in the yard.”

The smaller boat sector is also seeing increases, particularly in the centre console market, where multiple outboard engines and greater horsepower have been the norm. Collisions are the leading cause of insurance claims in recreational boating. “As the speed potential of these boats increases, we see the severity of injury increase as well,” Stamper says. “In addition to that, they are a very high theft target. Many of the underwriters that were happily writing triple and quad outboard-powered boats last year have collectively said, ‘No more’.” At the very least, he adds, owners should expect that insurers will mandate that boats be equipped with security systems.

Another category that could become more difficult to insure is older boats. When the resale value gets to be around 20 to 25 per cent of what the replacement value would be, few underwriters are willing to take the risk, Stamper explains. A relatively routine incident, such as a lightning strike disabling a yacht’s electronics, could make that older boat a complete loss, hence insurers’ reluctance to take a chance on it. Newer, properly managed yachts with a professional crew, starting with a captain whose level of experience is relevant to the size of yacht he or she manages, will still find carriers willing to insure them.

“I think with most insurance, it’s rare that you can’t insure it at all – it’s just depending on how much you’ve to pay for it. You can probably obtain the same cover as before, but at an increased premium,” says Marie Sundell, legal director at law firm Clyde & Co and a specialist in insurance. “I think you can probably still get the cover that you need and that you want, but you probably have to be prepared to shop around a bit more, potentially pay a bit more for it and be prepared for a few more questions.”

Indeed, several big insurers remain committed to yachting. “Yes, you might be getting increases, but that insurance is still available from the market, including from AIG,” Blue says. Barring another busy hurricane season, the market should stabilise in the next few months, with higher premiums allowing companies that did withdraw from the market to consider returning. “The yacht market will reach a pricing plateau here fairly soon, and, providing we don’t have hurricane-related losses or large yacht losses unrelated to hurricanes – grounding, fire, sinking, those types of things – then the market will reshape itself, pricing will become stable, and capacity in the yacht market is likely to increase,” Stamper says. “It contracted rapidly and it will expand slowly, but it will expand.”

In the end, insurers insist that no matter how great the increase, insurance is still available and remains attractive compared to the alternative. “I do think it’s pretty universal that everybody hates paying insurance premiums,” Blue says. “I know I do, but it’s still a really good deal. The cost of the insurance is a relatively small price of the overall operating expenses with that boat. And it remains that way, even with the 50 to 70 per cent increase you might be seeing in the London market.” Pricing is cyclical, just like the price of fuel, Stamper concludes. “It is important to remember that the pricing per thousand dollars of insurance is still not more than it was 10 years ago. It’s just that people became accustomed to their premiums decreasing every year and pricing going down.”