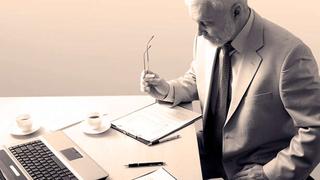 How to finance buying a superyacht

Would-be superyacht owners seeking finance fall into two groups: those who need to borrow the money to purchase, and those who want to free up investment capital for their various business projects.

Most lenders only cater for the latter group: they just wont lend to those who dont already have sufficient funds or assets. But there are other sound reasons for seeking finance, even for those who have amassed significant wealth and who have bowed-out of business altogether.

Finance can form the foundation of leasing structures which can be used to avoid the payment of value added tax (VAT) on yachts in the European Union (EU). Further, surplus funds generated by financing can be transferred to specialist asset managers to provide positive returns to help with the running costs of the vessel.

There are also strong legal and practical arguments in favour of financing: privacy and personal security can be greatly improved, and the risk of the owner being successfully sued reduced.

For simplicity, the term owner is used in this article to mean the beneficial owner in the broadest sense, rather than the legal (usually corporate) owner.

The types of security needed vary, depending on the yachts build stage.

For those still on the drawing board, owners will normally have to pay for the first two or three stages themselves. The lender will then fund the remainder of the build, in return for an assignment of the build contract and the yards refund guarantee.

Should the buyer default, then the lender should have a saleable project to sell, capable of being towed away for completion elsewhere if need be.

When buying a completed build (whether new or used) the best form of security  from the banks point of view  is the marine mortgage, registered on the yacht in her flag registry, by which title is conveyed to the lender, but which becomes void under certain pre-determined circumstances.

Because the mortgage is automatically governed by the law of the vessels flag, the choice of registry is a key factor in build planning as it affects the ease with which it may be purchased by another party later.

Other forms of security include charges, assignments and pledges, although these are generally considered to be less effective. Even where the security is the vessel itself, a personal or corporate guarantee will normally be requested.

The lender may also require charter money and any insurance pay-outs to be paid directly to it first, and for further insurance in case the yachts insurance becomes invalid. The vessel must normally be maintained to certain standards, with surveys and independent valuations being carried out from time to time.

Although it is not easy to think of yachts as being ships, that is exactly what they are in the eyes of the law. A greater concentration of shipping lawyers and case law, coupled with an innovative banking culture and a legal regime which promotes settlement over argument, may help save legal costs and maintain good relations among the parties.

So as the centre of the worlds ship finance sector is London, it makes sense to ensure that all the contractual relationships are governed by English law and subject to English jurisdiction, as far as this is compatible with any wider tax avoidance scheme.

By convention, mortgages are governed by the law of the country where the yacht is registered, and there may be no way round this under the law of that flag state.