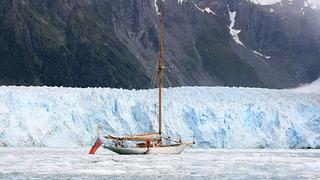 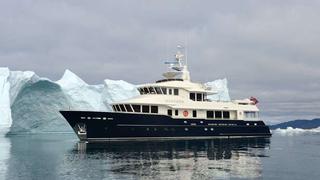 For any yacht to visit Antarctica, and indeed many places in the north, permits are needed, and part of High Latitudes’ service is to deal with this increasingly complicated and often long process. In particular, Winlow explains that ‘High Latitudes also managed to get us permission to visit Port Lockroy (a UK post office and museum), Palmer Station (a US research base) and Vernadsky (a former UK base now owned and operated by the Ukraine).’ Lawrence adds that, ‘Months prior to our departure Richard had arranged the required visas and permits for visiting Jan Mayen Island and Spitsbergen – these are not hugely complicated, but do take time.’

The company can also help owners and guests with their alternative travel plans. ‘Some owners like the idea of going across Drake Passage, which is a famous, exciting place,’ comments Haworth, ‘but others prefer to look at the interesting places when their boat gets there without that discomfort.’ One such arrangement was to charter a plane to take an owner to the South Shetland Islands where he met his yacht before going on to the Antarctic Peninsula.

Clothing is important, and especially so on an exposed deck such as Merrymaid’s. Haworth has found that ‘yachtie’ clothing is often not the best. He recommends heavy-duty rubberised fishing gloves, for instance: ‘Anything else will get wet, the wind will evaporate the water and then it’s like wearing a fridge.’ Ski goggles were found to be particularly useful in a Patagonian blizzard; and a type of boot designed for working on oil rigs, or even ‘cheap Chilean gardening wellies’, are good for standing on steel or aluminium decks.

In many remote areas, mooring takes on a new dimension. Massively deep gorges, the threat of being trapped by ice (Haworth recommends the use of one big anchor rather than two in case there is ‘a need to move very quickly’), uncharted areas and very strong winds often make anchoring particularly difficult. Sometimes the answer is to take lines to the shore, which also requires special techniques.

Once an owner has developed a taste for this sort of extreme cruising, the possibilities are almost limitless: South Georgia is probably Haworth’s favourite destination, with its awesome scenery and curious wildlife, including 800,000 penguins in one colony (‘The noise is deafening and the stink is amazing. You can’t imagine it.’). Patagonia has thousands of anchorages – Haworth has a guide book on the area but thinks that for every one mentioned in it, there must be two more as yet undiscovered. ‘Patagonia is really great,’ reports Merrymaid’s owner. ‘To sail in these waters with a nice boat is hard to top. And the bar of the yacht club of Puerto Williams (an old, half sunken freighter) is fantastic.’

The Northwest Passage is becoming generally easier to navigate, although in some years it is still impassable, with no way of knowing how it will be in each following season. Haworth made this voyage for the first time last year in the 31-metre motor yacht Beothuk and will be helping Merrymaid to attempt it in 2016. He describes Spitsbergen as ‘the UK’s local part of the Arctic – a spectacular place with lots of amazing wildlife….’ For the adventurous owner, these fabulous, un-touristed destinations await.

Originally published in Boat International May 2013.