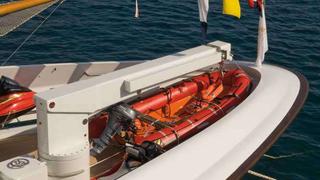 Cost of safety equipment on yachts

The internationally agreed rules and regulations drawn up by the IMO are made law in the individual signatory countries. These flag states all have their own organisations to issue directives and ensure they are adhered to. In the UK the Department of Environment, Transport and the Regions (DETR) is responsible for all transport, including the sea, and issues statutory instruments detailing maritime law.

The Maritime and Coastguard Agency (MCA) is an executive agency for the DETR. It sets, monitors and enforces standards of safety and pollution prevention on all UK vessels and enforces international standards on foreign ships in UK territorial waters.

MCA superintendents based at marine offices cover crew matters and documentation. Inspectors and surveyors are employed to ensure that vessels comply with regulations and issue certificates accordingly.

These inspections are not carried out for free. Each time a surveyor calls upon a yacht, the best part of a £1,000 per day is charged as a fee. If they visit a yacht outside their own territory, significant expenses are added.

It is not just the fees for the surveyor that have to be paid for: the capital costs of what he or she is on board to survey can add up to frightening amounts.

The cost of safety at sea

Take the rescue boat, for example. Purchase a Zodiac RIBO 420 rescue boat with slings, and add on a 25hp outboard and a propeller guard, and you have just splashed out over £6,500 for a bright-orange boat that you will want to keep well under cover for fear of offending the eye.

To launch it, the yacht will need a crane and a special under-load release hook, whose cost is hopefully buried inside the initial build costs of the vessel. It is probable that the builders also included the costs of the lifebuoys, but should you have to buy new ones they will cost £40 each, and two of them must have a smoke and light signalling device, which will add £250 each.

Similarly, for life jackets, the statutory requirements are for devices that are hugely uncomfortable and only come in bright orange, which is not the colour of choice, according to this year’s fashion gurus. The average yacht has more than £1,000 worth of lifejackets aboard.

As if falling overboard to flee a sinking yacht is not enough, there is the added fear of fire on board.

To guard against its spread it is likely that the yacht has a Hi-Fog, water mist fixed fire extinguishing system inside the accommodation and an equally expensive FM200 gas installation inside the engine room. Hopefully, the costs of both are lost inside the original build price.

The average 50m yacht carries about £1,000 worth of fire extinguishers, each one attracting an annual service charge before a safety certificate can be issued.

The costs of outfitting the fire locker on board can run into thousands of pounds, with breathing apparatus from Draeger costing £500 each, masks a further £165, together with air cylinders that are £200 each. You then must double these costs in order to meet the requirements to carry two sets.

A portable fire pump can cost around £500, and then the crew that fight the fire need to wear protective suits that cost more than £400 each and, again, two are required.

The costs of carrying four saver escape sets will add a further £2,000 to the bill, with the Dräger Saver CF10 units being sold by the specialist firm Ocean Safety of Southampton.