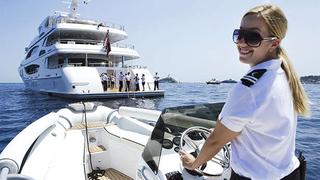 How to retain your superyacht crew

Yacht owners, particularly those who use their boats frequently, like to see the same smiling faces each time they come aboard. Crew are a pretty footloose breed, however, tending to jump ship whenever a better offer or a more exotic itinerary beckons. The challenge that captains and owners face is creating a crew program that provides incentives for crewmembers to stay a few years before moving on.

Surprisingly, savvy captains find that spending the boss’s money on higher salaries is not the answer to retaining crew – or at least, it’s not the whole solution. Rupert Connor, president of yacht management firm Luxury Yacht Group in Fort Lauderdale and Antibes, says that captains who listen to their crewmember’s goals and aspirations typically enjoy better retention rates.

The most successful captains, Connor reports, are the ones who, ‘Come in at a review stage and the first thing out of [the captain’s] mouth explains where the crew are on [their] career path and what [that captain] is doing to train them, rather than just saying, “Johnny wants $500 more a month.” If the conversation opens with money, he’s not building a loyal, long-term crew.’

Captain Robert Corcoran of the 77m Devonport_ Samar_ firmly believes in on-going professional training for his 23-person crew. Samar’s crew package includes two onshore class courses per year for everyone. Leave to go take the class, which is granted according to the boat’s schedule, is unpaid, but the crew receive a per diem during the course.

‘Fifty per cent of the course fee is reimbursed upon successful completion,’ he says. ‘The other fifty per cent after six months.’

In order to take advantage of this perk, Samar’s crewmembers must sign an agreement saying they will stay with the yacht for at least one year after taking the class.

‘We hold classes in the morning during the off-season. The officers put together a curriculum that includes rules of the road, celestial navigation, things like that,’ Corcoran says. ‘The [officers] really put a lot into it, so there are consequences if [the junior crewmembers] don’t pass.’

On the other hand, crew who pay attention in class can gain real benefits. ‘We had a deckhand who went for his Yachtmaster, and he was the only one of twelve who passed,’ Corcoran reports. ‘Anyone who’s serious about moving up… it gives them a good leg up on their studies later on.”

When it comes to the senior crewmembers, he says, ‘I have no problem teaching the chief officers and the second officers how to run the boat – both the accounting side and taking it on and off the dock. They’ve got to learn sometime, and it’s a great safety feature for both the owner and myself.’

Nurturing the crew’s ambitions to move up in their careers can be a double-edged sword, however. ‘If an opening comes up, we always look to promote from within first,’ Corcoran says.

However, that’s not always possible; sometimes when a crewmember is ready to move up, the next position in rank is filled. As result, after seeing 100 per cent crew retention in 2011, he lost three senior officers this year.

‘The top people get to a place where there is nowhere for them to go,’ he admits. At that level, money can’t match career advancement as an incentive. ‘They all got good jobs, partly due to their longevity on Samar,’ he reports.

Captains who stay in touch with their crew’s career goals also tend to get more notice when a valued member decides to move on.

‘It’s much easier to replace a stewardess if you know three months in advance of when they are going to leave,’ says Connor. ‘Owners don’t mind transition if it’s planned.’