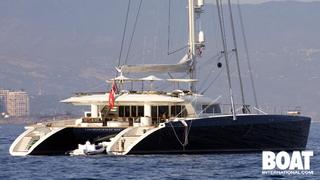 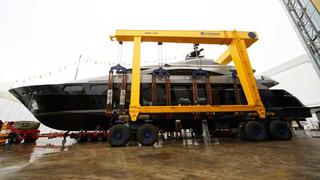 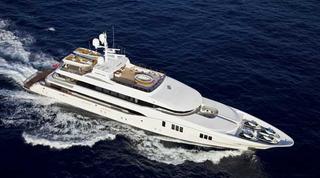 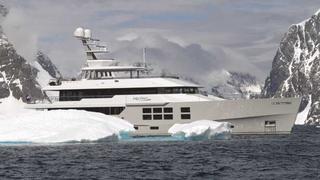 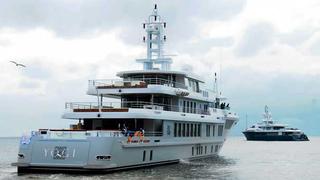 The final installment of our look at the top yachts to see at this year’s Monaco Yacht Show includes Hemisphere, the largest sailing catamaran in the world. Here are our final five Monaco must sees.

Presented jointly by Burgess and Pendennis, the long-awaited Hemisphere will be unmistakeable: as the world’s largest sailing cat, her giant 44.2m hulls and her sleek superstructure offer a total interior volume of just under 500GT, while her 58m spreaderless rig towers over the deck spaces. With a draught of just 3m she will be able to venture into bays inaccessible to most super sailing yachts, and she will also offer extensive dive and watersports facilities. Her flybridge offers giant sunpads and a spa pool, and her Michael Leach Design interior is described as the epitome of contemporary chic. She’s available for charter.

A futuristic interior style, an owner’s cabin and saloon on the upper deck, and a fine finish mark out this interesting 50m, built by CBI Navi in Viareggio. Styled by Giorgio Vafiadis with Hydro Tec naval architecture, she is definitely a yacht to see.

Art deco meets old Hollywood in this impressive 58m from US yard Trinity, which is likely to set the tone for future builds. She is the first fully custom yacht for an owner intent on living life to the fullest. She is listed for sale or charter with IYC.

This 45-metre explorer was built last year for an owner who wanted a yacht that could to travel to remote parts of the world, but which also had a contemporary, open style with floor-to-ceiling windows. Designed by Greg Marshall and built at the McMullen & Wing yard in Auckland, Big Fish is visiting Monaco as part of her virgin circumnavigation of the globe (she’s already been to Antarctica). She’s for sale or charter through YCO.

This 60.2m Proteksan-Turquoise yacht was designed by Jean Guy Verges and launched earlier this year. She accommodates 12 guests and her large aft pool has a glass bottom with a view of the beach club below. Quirky and spacious, she’s perfect for entertaining and available for charter through Burgess.