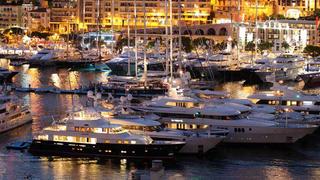 Triumph and tragedy at the Monaco Yacht Show

Time for a round-up of the opinions of some of the major brokerage houses on last week's Monaco Yacht Show, don't you think? And the news is good - in parts.

Patrick Coote, Marketing Director of Fraser Yachts, is unequivocal: "Wow, what a change from 2009, a truly upbeat and positive show with plenty of qualified buyers, serious discussions, realistic prices and positive negotiations. The real outcome will only be determined over the next few weeks but our whole team left the show on a high, enthused by the quality and quantity of enquiries.

"We capitalised on the presence of so many yacht owners and prospective buyers by launching Yachtique, the new services division of the Azimut Benetti Group. The owners and captains were really excited about the prospect of being able to source every conceivable superyacht service through a single organisation. All in all, a really good show."

Peter Hurzeler at Ocean Independence concurs, saying, " It was busy and a very good week with several deals coming to maturity, including Marc Haendle's sale of the 35.5m new build motor yacht Courage. Overall, it was excellent and we signed two letters of intent during the show and a memorandum of agreement."

And now over to Jamie Edmiston at Edmiston & Company who comments, "It was a pretty good show with positive feedback from clients - hopefully to result in deals soon."

Charlie Birkett at YCO was also pleased with the general turnout and atmosphere at the show this year: “Compared with what was a more subdued show in 2009, there was an encouraging buzz about the show last week. However, having ended on such a tragic note, our thoughts are now with the family of young William Black and the captain and crew of Burrasca."

Bob McKeage at International Yacht Collection has a different take on the show as he tells me, "Talking to fellow brokers, it was the same usual owners visiting our yachts, but no-one came back for a second look and qualified buyers were few and far between."

John Cohen at Merle Wood & Associates mentions that there were encouraging signs of renewed interest from clients who've sat on the sidelines lately: "It was a good show, with few new clients but a number of potential buyers we haven't seen for a while. Price is still an issue but there was no shortage of product at the show, especially from 35 metres up."

And what of the tragedy mentioned by Charlie Birkett? Well, William Black, Bosun of Perini Navi's 55.7m Burrasca, was heading to her in the yacht's tender on Saturday evening after the show. For unaccountable reasons he collided with the 31m sailing yacht Fado and disappeared. 22 private yacht tenders, two helicopters and teams of divers were deployed to search for him but at the time of writing no body has been recovered. William was only 28 years old.