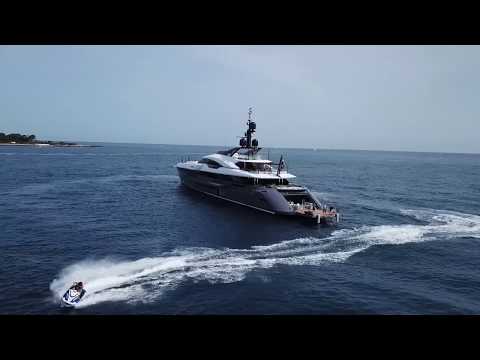 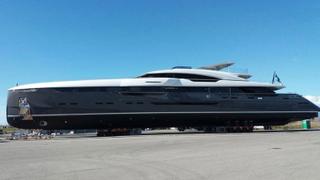 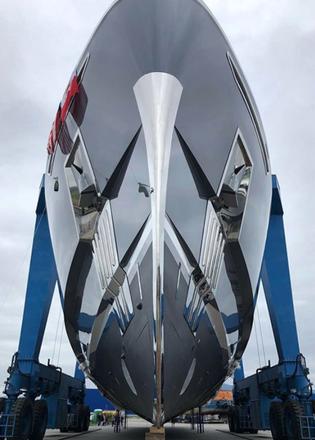 The owners of Rossinavi superyacht Utopia IV have created a video tour of their 63 metre superyacht which was delivered last month.

In the video, Loren Ridinger, who co-founded the marketing business Market America along with her husband and company chief executive JR Ridinger, conducts a tour aboard the fast displacement yacht during her maiden voyage across the Mediterranean.

Describing Utopia IV as “a family boat built with love”, Loren guides the camera from the main deck aft, with its glass-sided swimming pool, through to the main saloon, pointing out the yacht’s striking lighting design.

The tour also focuses on the yacht’s custom-made sculptures and guest quarters, including the owner’s stateroom which features a platform bed, Jacuzzi and private balcony. The state-of-the-art bridge, engine room, beach club and children’s playroom are also featured.

Utopia IV was formerly known as Project Vector and was launched in March 2018. Her exterior by Team For Design Enrico Gobbi strikes a balance between elegance and attitude. Rossinavi previously described it “the perfect compromise between a tri-deck motor yacht and a pure speed boat”.

Commissioned in November 2014, Utopia IV includes a 70 square metre superyacht beach club in the transom, three spa pools and a touch-and-go helipad, while her 11 metre beam allows for a total interior volume of 930GT.

Federico Rossi, COO of Rossinavi, said: "At the beginning of the design process, we had to consider the relationship between the engine horsepower necessary to achieve certain speeds, and its weight. The overall balance is a particular feature of this boat, an interesting idea which makes her unique.”

Accommodation is for up to 12 guests split across six cabins, including a forward-facing master suite with its own six metre terrace. Below decks a VIP, three double rooms and a twin cabin complete the layout of the guest areas, while the crew quarters is suitable for a staff of up to 13 people. Gobbi's studio also designed the interior, which includes rich wood panelling to divide the main-deck saloon from the dining area.

Utopia IV’s purposeful lines are characteristic of the Rossinavi yard and this sleek exterior profiling is more than backed up by her punchy performance statistics. Power comes from four 2,600hp MTU M96L engines, coupled with Rolls Royce Kamewa waterjets. This combination should translate into an impressive top speed of 28 knots out on the open water.

However, when trimmed back to her intended cruising speed of 15 knots, Utopia IV will have a transatlantic cruising range of around 3,300 nautical miles. Comprised of an aluminium hull and superstructure, she is due for delivery this summer.

Other superyacht projects currently under development at the Italian yard include the 49 metre Project FR036, which is also due for completion before the end of the year.