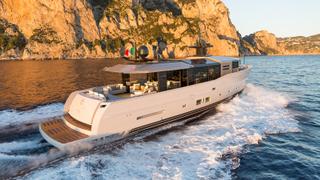 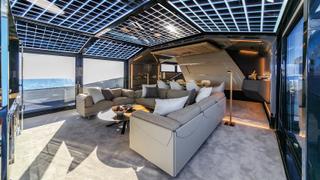 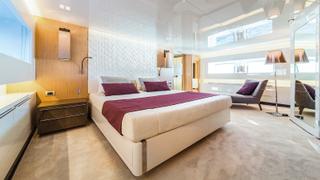 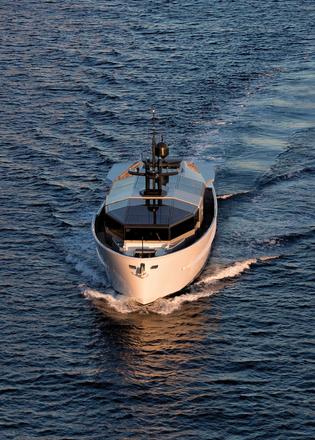 Italian yard Arcadia Yachts has announced that it has sold the 12th hull in its Arcadia 85 yacht series to a British owner in a direct deal.

This 25.9 metre cruiser is due for delivery before the end of the year and will feature a convertible skylounge that can be sealed off from the elements.

The Arcadia 85 features a semi-displacement hull developed by the National Physical Laboratory. Accommodation is for eight guests split between four cabins, including an owner’s suite that measures 32 metres square. Two twin cabins and a VIP double complete the layout of the guest quarters, while four crewmembers can sleep in two cabins in the bow.

Key features include the main-deck saloon with its winter garden design, which means that it can be completely opened up to the main deck for a combined area of 100 square metres.

Take a closer look at the Arcadia 85

Power comes from a pair of 730hp MAN diesel engines that allow for comfortable cruising at 16 knots, topping out at 18 knots. What’s more, the Arcadia 85’s 40 square metre solar array can generate up to 4.5KW of power, thus reducing the need to use the on-board generators.