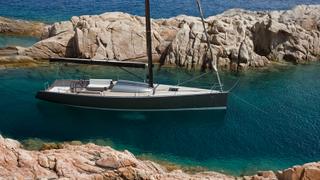 B-Yachts back on the market with Luca Brenta Yachts

The iconic sailing yachts of Italian designer Luca Brenta are back on the market, after being acquired by the Milan based company Luca Brenta Yachts. The newly established company will produce and sell B-Yachts, which were previously sold by the now defunct company Studio Associati Luca Brenta and Company.

The company has announced that several yachts of the sailing range, including the B30, B38 and B42 and custom models B52 and B60, have already been sold. Meanwhile all new designs will be overseen by Brenta himself.

The daysailer designs, which were originally launched in 2004, “epitomise the essence of sailing made easy” by “combining high performance with advanced technology,” according to the company.

The yachts feature a hull and deck made from composite carbon fibre and a teak deck. Speaking about the design, Brenta said, “B-yachts boats are intimate and comfortable and handle easily because they have the technology of a maxi yacht.”

Alberto Castiglioni, chief executive of Luca Brenta Yachts, added: “Continuity is integral to our business plan, and moving forward we will strive to build upon our previous success. This is the first step, and all new design developments will be overseen by Luca Brenta.”