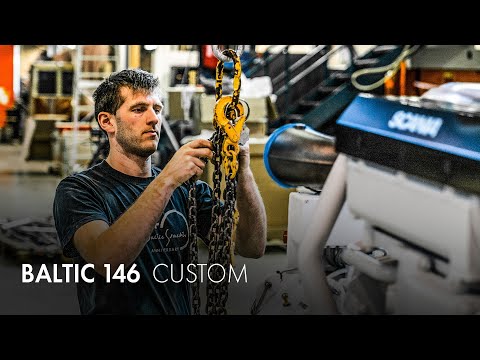 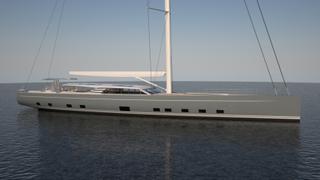 Baltic Yachts has given a construction update on its in-build 44.6 metre custom designed sailing superyacht, the Baltic 146.

The Finnish yard has revealed that one of the topside sections of the yacht has been removed from the mould and fitted to the central section.

The 405kW (550hp), six-cylinder Scania unit diesel engine weighing 1200kg has been lifted into the hull alongside the two main Northern Lights generators and a third 20kW generator.

Currently under construction at the yard's Bosund based facility, the Baltic 146 has been commissioned by an experienced owner and is the third largest yacht built by Baltic by volume.

Construction on the Baltic 146 began in March 2019 after it was sold in November 2018. When complete, the sailing superyacht will be equipped with a lifting keel, reducing the draught to 3.4 metres.

Sporting naval architecture and interior design by the Judel/Vrolijk & Co design studio, the yacht will have a 9.35 metre beam and will be built in advanced composites.

Key on-deck features include a solid bimini extending from the large deck saloon, and another bimini shading the two sheering positions. The yacht will also be equipped with twin rudders, a tender well on the foredeck, fold-over anchor system and 550hp main engine.

Accommodation will be for eight guests in an owner’s double cabin and three further double guest cabins. Seven crew will be accommodated in four aft cabins.

Designer Rolf Vrolijk said, “This is a great opportunity to further develop the high performance, multi-role superyacht for which our design studio and Baltic Yachts have become renowned.”

Baltic chief executive Henry Hawkins added, “This will be the third largest yacht by volume built by Baltic and we are relishing the challenge of working on such an important yacht.”

Sebastien Allebrodt of A2B Maritime Consultants will project manage the build on behalf of the owner with the yacht scheduled for a mid-summer 2021 delivery.