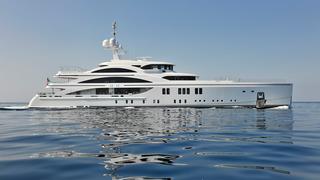 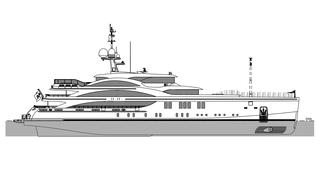 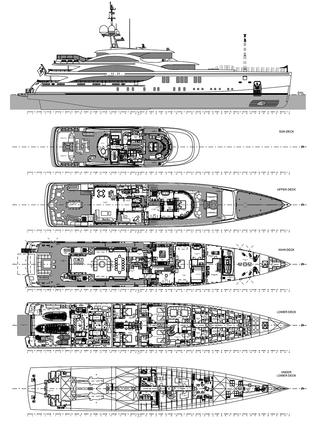 Benetti has written another chapter in its illustrious history with its latest superyacht, the FB 265 11/11.

The Italian boatbuilder, which operates out of Viareggio in northern Tuscany, has revealed more details about the 63m yacht, which will take her bow at the Monaco Boat Show in September, along with Formosa and BF203 H.

Benetti has evolved its design with the 11/11 thanks to a distinctive hydrodynamic plumb bow, which will enhance fuel efficiency as she powers through the water.

The evolution has continued with the interior, which features two owner’s cabins - one on the full beam main deck, the second on the upper deck with access to the pool and solarium deck. The four guest cabins are on the lower deck, each with its own en-suite bathroom. The decks are teak.

The 11/11’s two CAT 3512C engines, developing 1350kW each, have seen her reach a top speed of 17 knots during her preliminary sea trails. The cruising speed has been stated at 15 knots.

The full displacement superyacht, which has four decks contained in her steel hull and aluminium superstructure, is predicted to have a range of 5,000nm, and room for up to 12 guests and 14 crew.

She is certainly an eye-catching boat and her ability to turn heads will no doubt be enhanced by the 46 lights placed below the waterline, which should provide a spectacular sight at anchor after dark.

Benetti has built boats for many high-profile customers, including Sir Philip Green, the owner of Topshop and British retail entrepreneur.

The Monaco Boat Show takes place at Port Hercules in the principality on the Cote d’Azur between September 23 and 26.