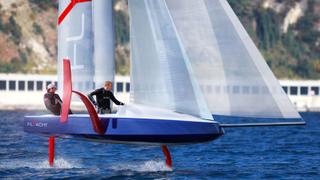 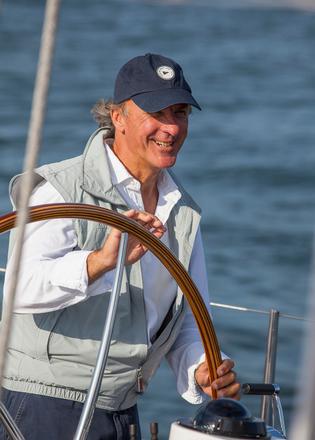 London-based naval architect Philippe Briand, who has designed eight yachts for six America’s Cup campaigns, revealed his scaled down AC concept in an attempt to bring fly sailing to the wider market. The 6.5 metre Flyacht is smaller in length than the 20.6 metre AC75 and is designed to be handled by a two-man crew with the possibility of ‘hiking’.

'Hiking' refers to the action of moving body weight as far windward as possible to decrease heeling when sailing upwind.

The model marries multihull features, such as high speed and design innovation, with traditional monohull sailing. However, instead of a keel, the model will have two canting, ballasted T-foils and the ability to self-right in the event of a capsize.

The rig will consist of a soft wing with slab reefing for easy bag storage and, in the interests of safety stability, it would be self-monitored and automated in fly mode. This is not currently permitted under AC75 rules.

Briand said he has created a range of sizes and budgets to create a model that could be built in series by a production shipyard. “Our role is to transfer the benefits of innovations from the racing sector to the wider market as reasonable cost,” he said.

“I want to introduce the millennial generation to how much fun and excitement can be had from sailing. And the first step towards that will be watching the AC75 Fly Monohulls in action in 2021!"