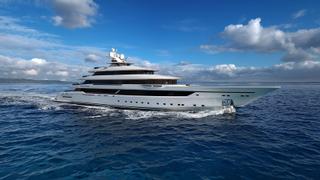 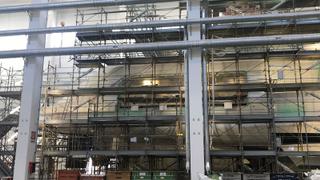 Italian builder Palumbo Superyachts has announced it has sold a 79.5 metre new-build superyacht project, the Columbus 80, which is due for delivery in spring 2019.

Construction of the yacht is well underway at the Ancona-based yard with technical and machinery spaces almost completed. The outfitting of the decks and cabins is also at an advanced stage while painting is reaching the final coating process.

The yacht was commissioned by “an experienced owner” in 2016 and will feature an exterior design by HydroTec and “calming” interior décor by Francesco Guida. When finished, the Columbus 80 will have a beam of 13 metres and 2,100GT.

The superyacht will be launched using the shipyard’s new Syncrolift which has a lift capacity of up to 3,300 tonnes.

Other projects currently under construction at the yard include the 49.5 metre Columbus S50 which is due for delivery in summer 2020.