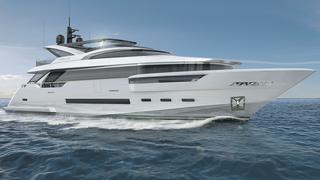 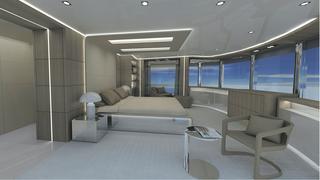 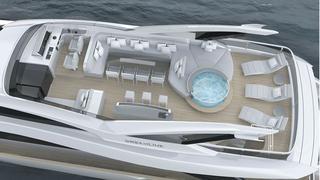 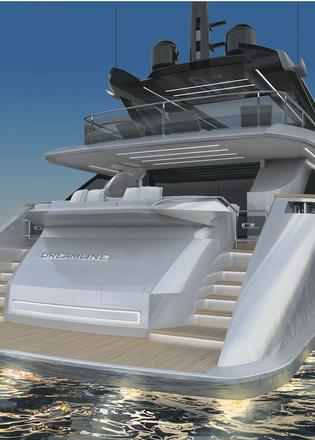 An order has been placed for a 30 metre Dreamline 30 yacht, the first in a new model of semi-custom superyachts from DL Yachts. The yacht has been developed by Peter Zuber, the founder of DL Yachts, and will be delivered in 2017.

DL Yachts has had a busy time since it was founded in 2011 and this announcement demonstrates further success for a company relatively new to the industry. Last summer the first Dreamline 34 stopped traffic on the way to her launch and a few months later the second Dreamline 26 was delivered. Three more Dreamline 26's are now under construction.

Zuber has collaborated with Giuseppe Arrabito from Arrabito Naval Architecture on the design of the Dreamline 30. Arrabito is responsible for the high performance ‘blade’ hull. The shape of the fibreglass hull aims to reduce fuel consumption and improve seaworthiness. Twin MTU diesel engines will provide a range of 1500 nautical miles at 10 knots.

The exterior styling and interior design comes from Encrico Gobbi at Team 4 Design. The semi-custom design allows the owner to decide on the interior layout, and even for some customisation of the superstructure.

The main deck owner’s suite features panoramic views, while two VIP and two double cabins on the lower deck provide accommodation for up to 10 guests. The main saloon has large windows on both sides, as well as a folding terrace on the port side that is accessed by a sliding door.

Renderings show the panoramic views in the owners suite, the customisable sun deck and an aft view of the Dreamline 30

The customisable space on the sun deck is sheltered by a sliding sun roof, meaning the guests can choose to relax in the open air or enjoy some shade at the push of a button. Another interesting addition to the sun deck is the ability to mechanically extend the helm station, aiding visibility for the Captain during manoeuvres.

CEO of DL Yachts, Paolo Bencivenni, also revealed that the firm has recently acquired a new yard for production.

"We are also proud to start production at a new yard to guarantee the ability to follow the market requests and assure that any part of the process can still be supervised by our team," he said. "A new important year starts for DL Yachts with new orders, new facilities and a growing technical department to allow us to precisely perform the innovative developments of Mr Zuber.”