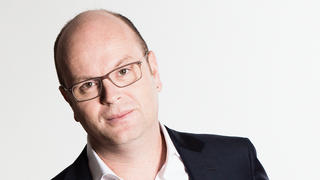 Jan-Bart Verkuyl has been named as the new CEO of Feadship’s Royal Van Lent yard after Dick van Lent stepped down.

Already a director at the Dutch yard, Verkuyl takes over day-to-day responsibility of Royal Van Lent operations in Kaag as well as the new Feadship Amsterdam facility, which is due to open in 2018.

In a statement released by the yard Verkuyl said, “There is so much to look forward to as we work with new and current clients on innovative projects which further enhance the Feadship fleet.”

Verkuyl started his career as a project manager at research institute MARIN in 1996 before joining Feadship in 2006. Over the past decade he has held various roles at the Dutch shipyard before being appointed to the Feadship board of directors in 2014.

He takes over from Dick van Lent, who started work at the Kaag shipyard in 1974 and has been CEO since 1985. Despite stepping down, van Lent will continue to contribute to the Feadship cause in an unofficial capacity.

“Feadship attracts the most ambitious and quality-driven clients in the superyacht world and I am delighted that their future and that of the Feadship family is safe and secure with a new generation of leaders at the helm,” Dick van Lent commented. “I look forward to playing a background support role in this new era of success.”

As well as the new Amsterdam facility, other key projects under development at Feadship include the 96.55 metre superyacht Project Vertigo, which is currently for sale.