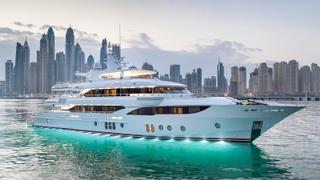 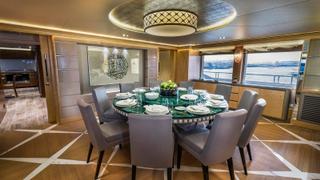 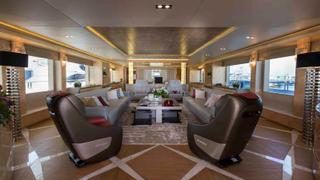 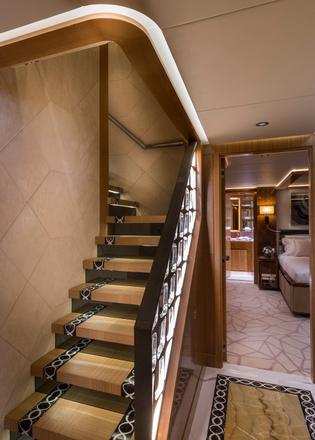 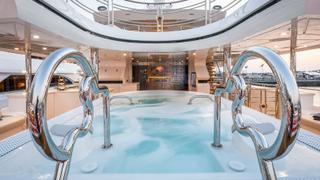 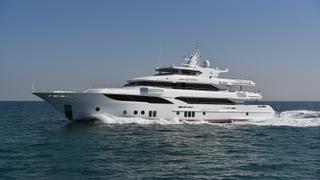 This 47.6 metre superyacht was built from a reinforced composite hull and superstructure to an in-house design. Sehamia was delivered back in March, but full details of her 550GT interior have been closely guarded, until now.

Key customisations compared with hull number one, Escape, include the location of the owner’s cabin, which has been moved from the main deck to the upper deck. What’s more, Sehamia boasts three more cabins than her predecessor, bringing the total accommodation to 18 guests and nine crewmembers.

Other key features on board include an upper deck superyacht spa pool that is fed by a waterfall and a spacious beach club back aft.

The client is described as a “yachting aficionado”, having owned three previous Gulf Craft models. “Each yacht I’ve bought from Gulf Craft has been a joy to own,” the owner said.

“The build quality is outstanding and clients are treated with the utmost consideration. Working with the team to customise the Majesty 155 was a pleasure — I had different choices of luxurious materials and layout options to choose from.”

Power comes from a pair of 2,012hp MTU engines that allow for comfortable cruising at 14 knots, topping out at 17.5 knots. When trimmed back to her economical speed of 11 knots, Sehamia boasts a maximum cruising range in excess of 4,200 nautical miles, drawing on a total fuel capacity of more than 54,000 litres.

Other superyacht projects currently under development at Gulf Craft include the entry-level Majesty 100 series — hull number one Nahar was introduced at the 2017 Dubai International Boat Show and five more hulls have been ordered since.