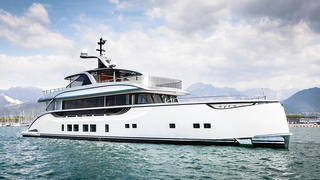 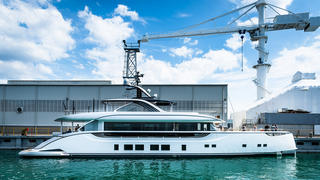 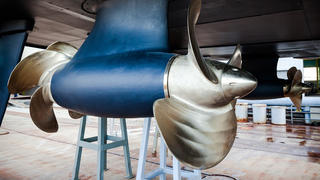 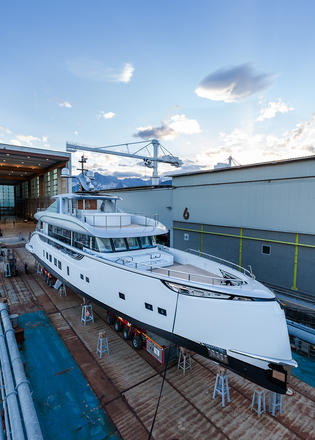 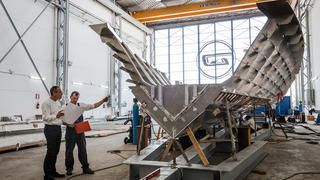 The 38.6 metre superyacht Jetsetter has been launched by new yard Dynamiq, who describe it as a grand touring yacht. This fast family cruiser has a shallow draught of 1.7m, making her ideal for cruising in the Caribbean as well as the Med.

Following her launch ceremony at Marina di Carrara, Jetsetter will now head to the Monaco Yacht Show for her public debut, where she will be one of the must-see new yachts at MYS 2016.

Equally fit for family cruising or entertaining, Jetsetter features accommodation for eight guests across four staterooms with interior design by London-based studio Bannenberg & Rowell, which the yard describes as "modern, classy and sophisticated". Interior decoration was specially selected by Trussardi Casa, while the high-end sound system is by Bowers & Wilkins.

Exterior relaxation areas include the 20 metre long sundeck, which is fitted out with a 75" television and can be divided up into five separate zones. Dynamiq claims that this is the largest sundeck you can get on a yacht under 55 metres LOA. CMC zero-speed stabilisers ensure a comfortable night's sleep at anchor, while the superyacht garage houses a 4.87 metre Castoldi tender.

Power comes from a pair of 1,800hp MAN V12 1800 engines twinned to Fortjes pod drives — a first for a yacht of this size. This means a top speed of 21 knots is possible. The vertical bow creates a modern exterior profile and also adds to performance by increasing the waterline length.

Build on speculation, Jetsetter is currently offer for sale. Dynamiq adds that construction has already begun on its all-aluminium 35 metre D3 project (pictured above), which is due to launch in Viareggio in early 2017.