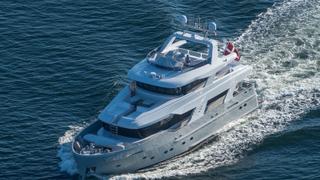 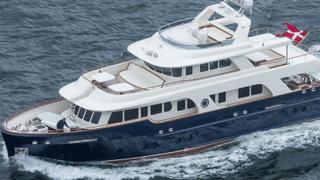 Built by Holland Jachtbouw in the Netherlands, the 26 metre yachts Arizona and Poseidon are currently moored in a marina north of Copenhagen. Both will be used for private cruising around the Baltics, Denmark and Norway.

Despite their difference in appearance, the two yachts have been built to the same design over the last four years. Their exterior and interior design however has been customised according to the two owners’ tastes.

The yachts are fitted with a hybrid diesel electric propulsion system. This will enable the boats to “slip quietly into pristine places and manoeuvre and anchor without any harmful emissions or engine noise,” according to the designer. Both boats will have a top speed of 12 knots.

Both Arizona and Poseidon are designed to be operated by two people and can accommodate a maximum of 12.