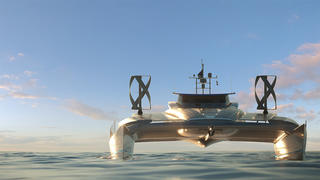 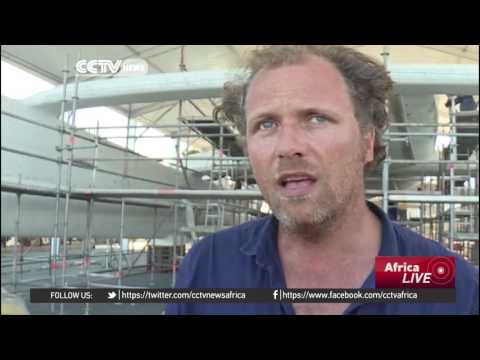 A six-year expedition to circumnavigate the globe using only renewable energy and hydrogen is due to get underway in February 2017, as the Energy Observer project is nearing completion in St Malo.

This 30.5 metre catamaran is currently being fitted out with solar panels, and its hull has a strong pedigree out on the open water, having previously completed a circumnavigation in 1994.

Energy Observer will use solar power and wind turbines to power its electric motors, but the truly ground-breaking technology is using electrolysis to charge its hydrogen fuel cells, which will take over propulsion when the wind drops and the sun sets.

This lightweight catamaran draws inspiration from the solar-powered plane Solar Impulse as well as some of the world’s best multihull superyachts.

Victorien Erussard, co-founder of the Energy Observer project, explained: “We are going to be the first boat with an autonomous means of producing hydrogen. For many, hydrogen is a condemned technology and the idea is to prove that these impossible things are possible.”

The project is backed by a group of French naval architects based in Grenoble, as well as the LITEN research institute and renowned environmentalist Nicolas Hulot, who formerly advised French president François Hollande.

Data gathered from Energy Observer’s six-year circumnavigation will be used in the development of hydrogen fuel cell technology for the maritime, transport and domestic heating industries.

The group is seeking further funding for the trip, which is estimated to cost €4 million per year, and 101 stop-offs are planned in Cuba, Goa, New Caledonia and many more remote superyacht destinations worldwide.