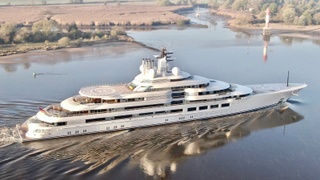 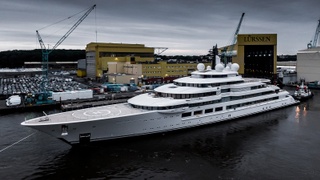 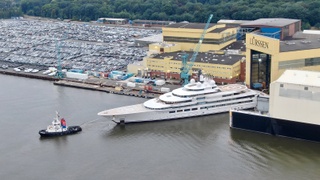 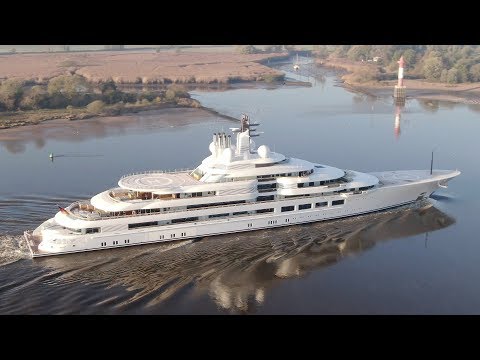 Marine Traffic shows the yacht is currently undergoing testing in the North Sea.

It comes after the superyacht hit the water for the first time in July. It was the first time the yacht had been seen since it was moved into the build hall, replacing the then in-build Flying Fox, in December 2017.

As with all in-build Lürssens, details are thin on the ground and the yard is yet to release any official details, but she has been given the provisional codename Project Lightning.

While details remain sparse, Project Lightning's two spacious helipads forward and aft can now be seen while her transom layout looks to host a large superyacht beach club. No designers, naval architects or timeframes have been disclosed.

When complete, Project Lightning will rank among the top 20 largest superyachts in the world.