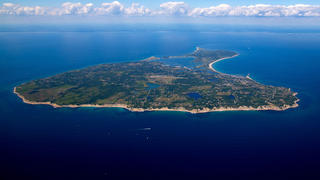 A luxury yacht collided with a tourist boat in Block Island Sound off the coast of Rhode Island this week, damaging both vessels above the waterline.

The incident happened at around 1100 local time on June 27, according to local newspaper The Providence Journal. Neither vessel took on any water and both were able to safely return to port under their own power.

No injuries were reported and the cause of the Block Island Sound yacht crash is yet to be determined. A US Coastguard investigation has begun with officials boarding both vessels for inspection, according to Petty Officer Andrew Barresi.

The 21.29 metre luxury sailing yacht Sonny was believed to have been involved, while the excursion vessel was identified as the 32 metre Lady Frances.

Frances Fleet owner Christine Blount told the local news provider: “We are very grateful that our crew acted appropriately and that nobody was hurt — we commend them for their quick actions." Following an internal investigation, her partner Frank added: “We're satisfied that our crew did nothing wrong."

Based in the Narragansett port of Galilee, Lady Frances is described by her owners as “southern New England's fastest party boat” with three turbo-charged diesel engines. She is capable of carrying up to 150 passengers on whale watching and deep sea fishing excursions, but it is understood that only 32 passengers and five crew were on board at the time of the collision as part of a half-day trip fishing for fluke and black sea bass.

Gallery: Inside the Christening Party of 75 Metre Feadship Superyacht Arrow