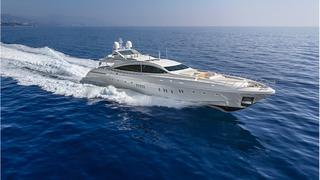 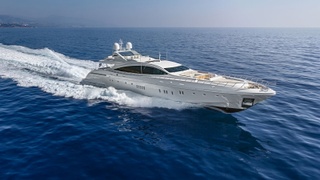 Overmarine Group have announced the sale of a new 50 metre Mangusta 165 E.

Sold to a European client, the model will be the fourteenth hull in the Mangusta 165 series of maxi open motor yachts and the fifth in the "E" range.

Power will come from four Rolls Royce MTU 16V 2660hp engines for a top speed of over 37 knots with four Kamewa waterjets. Other features include four Seakeeper stabilisers, for comfort both at anchor and underway, as well as joystick manoeuvring and dynamic positioning.

Its aggressive and masculine lines remain true to the sporty design of Mangusta motor yachts, while a draft of just 1.9 metres makes this particular model ideal for cruising in shallow waters.

Overmarine Group’s Style & Design Department will work with the owner to create a fully-custom interior layout and design.

The Mangusta 165 series was first introduced in 2007 and has proved to be incredibly popular for the Italian builder since the debut hull, Force India (previously Salvaje), was unveiled. The first E “Evolution” version was launched in 2014 and benefits from new design features and propulsion.