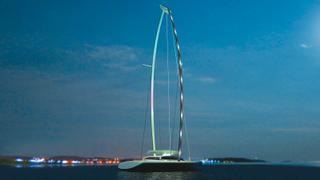 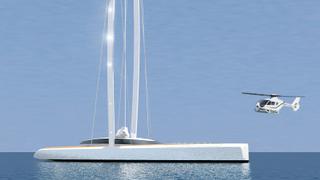 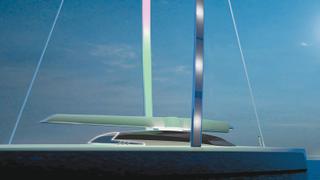 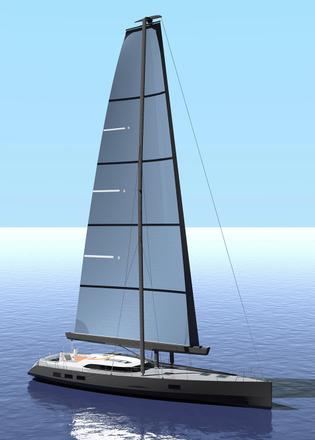 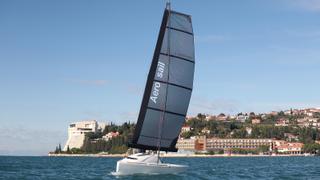 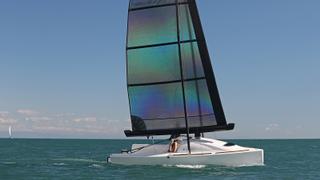 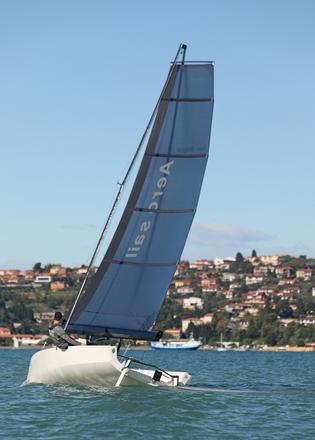 Slovenian studio Mides Design has opened up about its patented Aero Sail concept, which promises a wide range of benefits for sailing superyachts.

The rig, which has been tested on a 5.4 metre prototype, could be scaled up for use on yachts up to 120 metres, the studio claims.

Instead of a traditional mast, the Aero Sail is built around an A-frame, which is then fitted with a rotating carbon boom mounted on a central pivot point.

Erik Šifrer, creative director of Mides Design, added: “The aim was to create a sail plan for medium to big boats with a beautiful aesthetic impact that is extremely easy to handle and easy to build.”

The benefits are numerous, with the carbon frame offering a more efficient transfer of forces into the hull, while the in-boom furling eliminates the need for shrouds, sheets, genoa tracks, blocks, winches or any other deck hardware.

As well as a 40% weight saving, this allows for much clearer deck spaces, opening up the possibility of helicopter operations on sailing superyachts over 56 metres.

The Aero Sail concept has been proven on a 5.4 metre prototype

Mides Design foresees benefits for superyacht interiors as well, as there is no need to design the GA around a central mast. The studio has also considered the Panamax air draught limitation, with its 70 metre ketch concept featuring a folding mast.

The next stage for the Aero Sail concept is a 19.2 metre yacht that is currently under construction. Whether this cutting edge sailing technology is embraced by the superyacht world remains to be seen.