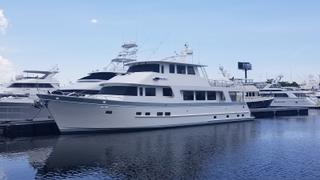 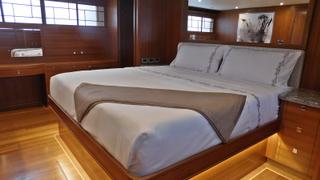 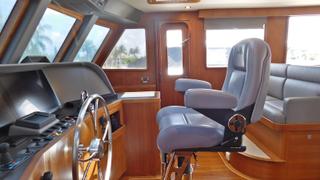 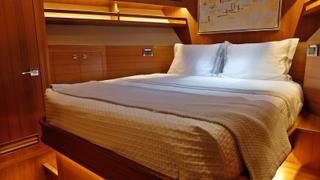 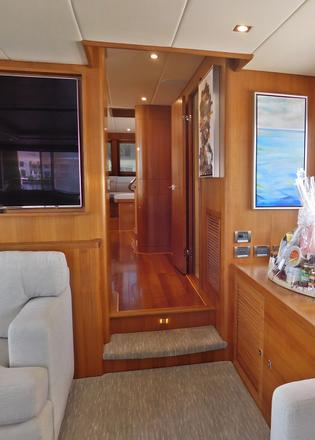 Outer Reef has delivered the latest 26 metre hull in the yard's Deluxebridge 860 yacht series, which has been named Ruff Seas. The all-GRP yacht was delivered to a repeat Outer Reef client, who has previously owned three other Outer Reef models.

She was shipped to the yard's Fort Lauderdale headquarters in early 2018 after being built at the American company's Taiwan facility.

This model stand outs from previous 860 Deluxebridge yachts with the addition of a walkaround skylounge and a custom Opacmare swim platform.

Director of marketing Tracy Hess previously told Boat International, “The owner of this 860 Deluxebridge Skylounge was previously an owner of one of the largest yacht refit and repair yards in the southeast [of the USA], and has owned numerous yachts up to 38 metres.”

Accommodation is for eight guests split between four cabins, including a full-beam owner’s cabin. The crew quarters meanwhile allows for a staff of four.

Key features include a climate controlled upper helm station, which is ideal for bluewater cruising and long-distance crossings. The area normally reserved for the superyacht wheelhouse has also been converted into a spacious country kitchen-style galley.