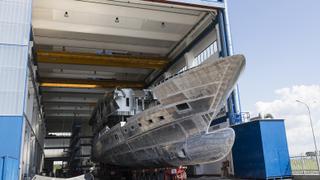 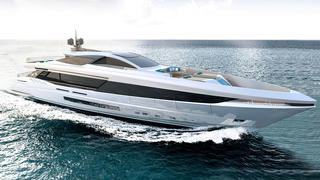 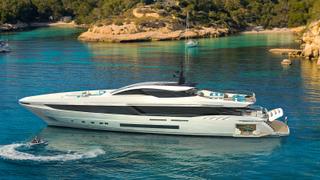 Italian yard Overmarine has announced that it has sold the latest model in its fast displacement range, the 45.3 metre Mangusta GranSport 45.

Styled inside and out by Alberto Mancini and featuring naval architecture by Pierluigi Ausonio, this all-aluminium yacht is due to launch in 2019. The interior decor, meanwhile, will be designed by the owner’s wife who will work closely with the yard’s in-house art department.

The news comes after the yard announced it had sold the third Mangusta Oceano 43 after picking up interest at the autumn boat shows, which debuted the 54 metre model in the same series, El Leon.

Accommodation will be for a maximum of 12 guests in five cabins, and a staff of seven in four crew cabins.

Key features include a superyacht beach club measuring 75 square metres with three fold-out sections, one aft and two port and starboard, encouraging interaction with the water. Another stand out feature of the yacht is the upper deck which includes a central saloon which is connected to the aft area and forward sun deck lounge via sliding glass doors.

The sun deck has two large sunpads and a seven-person Jacuzzi tub, the water of which creates a waterfall at the bow. Three underwater skylights in the spa pool also illuminate the owners’ bathroom below.