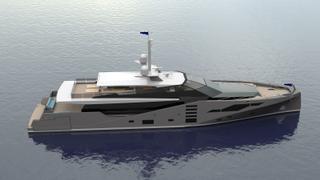 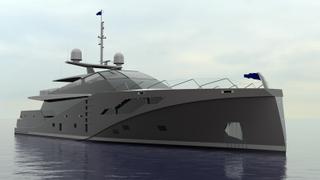 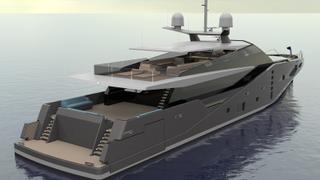 Headed up by Bolke, who spent over two decades as a designer at Dubois Naval Architects, Peter Bolke Design has provided the exterior design and naval architecture for the concept.

Built in aluminium, Stealth 46m ARV exhibits “striking naval styling” and the chance for “serious buyer customisation”. The pleasure yacht has a 499GT interior and has been designed as a “countermeasure to the standard superyachts currently available,” according to the designer.

Accommodation is for 10 guests in five cabins, comprising a full beam master suite. The crew quarters, meanwhile, which include a mess and laundry room, accommodate a staff of eight in four twin cabins.

While a yard is not yet attached, it is understood the designer would favour a British builder to be attached to the project, with a possible launch date of 2020. A statement from Ocean Independence described Stealth as “an exciting, bold and innovative design from a design house with fresh, as well as practical, ideas.”