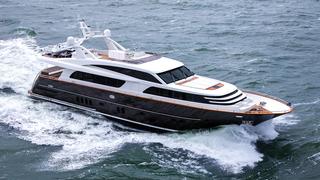 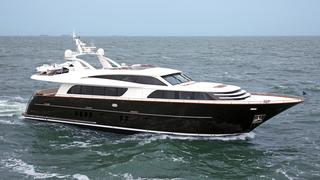 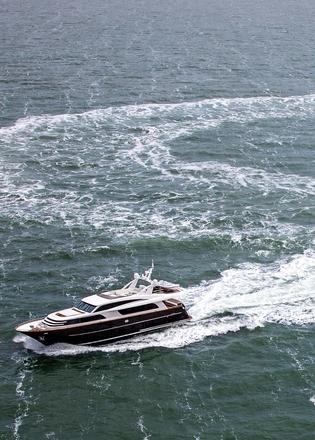 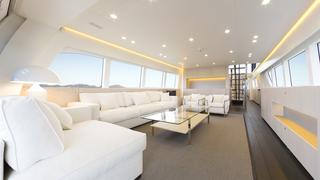 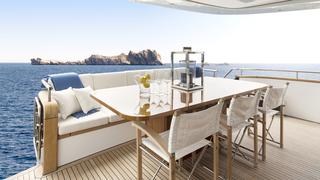 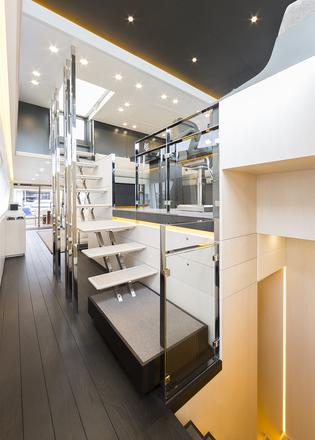 Photos take you on board newly delivered pocket superyacht Jangada

Boat International climbed on board when the pocket superyacht was launched in June this year, and Wim Van der Valk received the new order for the 25 metre Continental III raised pilothouse motor yacht in December 2013. The yacht was inspired by the Dutch builder’s Continental III 26 metre yacht, with the owner requesting a slightly smaller version.

The interior of Jangada was designed by the Belgium designer Nick Top, who was appointed by the owner, and Guido de Groot Design. The design of Jangada came from a close collaboration between the shipyard, owner and the two design houses. The experienced owner determined the yacht's general arrangement, working closely with Top and de Groot.

The yacht is customised for her owner’s wishes, as Guido de Groot tells us during a tour of the newly launched vessel. “The décor is minimalistic and it’s designed according to his lifestyle,” says de Groot. “He wants to be able to entertain and work on board.”

Rather than one main office, Guido de Groot has made clever use of space by designing a few different areas where the owner can work on board. This includes a small desk that folds out of the sideboard in the saloon and a small desk in the bedroom. As the owner likes to wake up early to work, there is a pocket door that separates the master bedroom from the closet and bathroom area so he can slide this door closed and start his day without disturbing his wife.

The saloon is on the small side, but by opening up the stairway and allowing an uninterrupted view from stern all the way forward, there is a great illusion of roominess. Another measure to save space is doing away with a separate dining area in the saloon.

Notably, the crew area is found forward on the main deck, while the master is below deck.

The interior and aft deck of superyacht Jangada

The oceangoing, semi-planing motor yacht is constructed entirely in aluminium. Like her big sister, the new Continental III 25 superyacht is powered by triple Volvo Penta 900-hp Volvo IPS-1200 D13 engines, with a predicted cruise speed of 20 knots and a 24.5 maximum speed.