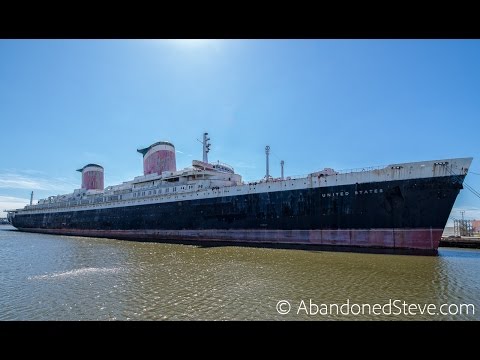 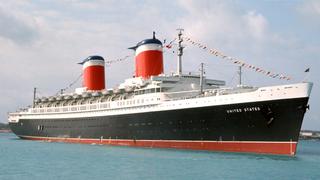 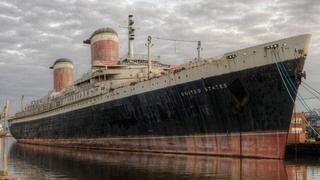 Public donations save SS United States from being recycled

Hot on the heels of CuttySark2Sail, a crowdfunding campaign to build a replica of the famous clipper, ocean liner SS United States has been saved from recycling after receiving $600,000 in donations, just weeks before she was due to be sold.

Supporters from around the world donated to the SS United States Conservancy campaign #SaveTheUnitedStates in response to news in October that owners were looking to sell her because they couldn't afford to maintain the vessel.

The vessel has significant scrap value as, according to naval historians, it contains more aluminium than any structure built before the World Trade Center. Bids were made by three recyclers but following the encouraging outpouring of support, the Conservancy’s Board of Directors voted unanimously not to accept any of the bids. This means that they are able to continue with plans to convert the historic vessel into a mixed-use museum and development complex.

The 302 metre SS United States was built in America in 1952, could carry nearly 2,000 passengers and was designed to capture the trans-Atlantic speed record.

The SS United States is now docked in the Delaware River in Philadelphia and since acquiring the luxury liner in 2011 the Conservancy has been working to save and repurpose America’s flagship.

Although the ship has not moved under her own power for decades, she once dominated the passenger route between New York City and Europe. Even today the _SS United States _still holds the Blue Riband accolade for the fastest regular service ocean liner to cross the Atlantic Ocean. On her maiden voyage on July 3, 1952, she averaged 35.59 knots to make the crossing in the record time of just 3 days, 10 hours and 40 mins.

More than 800 supporters made valuable contributions, including two $100,000 gifts and a hugely generous $250,000 from an anonymous supporter who said: “letting the SS United States go to the breakers would be like letting the Statue of Liberty be melted down and turned into pennies.”

"People from the world over have sent a loud and clear message that the SS United States must not be destroyed," stated Susan Gibbs, the Conservancy's Executive Director. "The SS United States has been given a temporary lifeline, and we are now powerfully positioned to advance our shared goal of saving America's Flagship for future generations."

The success of the campaign, which was covered across the world’s media, has led to a gain in momentum for the Conservancy’s ongoing redevelopment negotiations and two potential locations have been identified. "We are more confident now than we have ever been that we will finally achieve our goal and bring new life to this great symbol of American history, design, and innovation," said Gibbs.