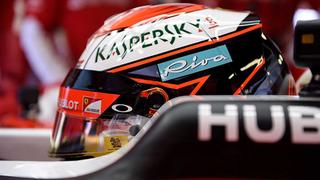 Riva has announced it will sponsor Formula 1 team Scuderia Ferrari for the 2016 World Championship. This sponsorship will see the Riva logo placed on the helmets of the two team drivers Sebastian Vettel and Kimi Raikkonen.

“An icon of recreational boating meets the most exceptional Formula 1 team, giving birth to an unmatched duo, a legend meeting another legend, racing together on Formula 1 circuits and cruising the seas worldwide,” says Ferretti Group’s CEO Alberto Galassi.

“We are truly proud to be writing a new chapter of Riva’s glorious history together with Ferrari, thereby renovating a collaboration that, in the past, led to true sea jewels. The exclusive co-operation between Riva and Scuderia Ferrari brings together two icons of style and technological innovation, which every day thrill speedboat and car-racing enthusiasts all over the world.”

The sponsorship is for the duration of the World Championship, starting with the Rolex Australian Grand Prix in Melbourne next week and taking in 21 Grand Prix races, including the Monaco GP.

One of the things that is so special about Formula 1 is its close relationship with yachts – best illustrated by looking back at the nine decades of the Monaco Grand Prix. Where yachts once kept a distance in the 1930s, they are now a prominent feature as they line the racetrack in Monaco’s Port Hercules.

9 decades of yachts at the Monaco Grand Prix

Top 4 ways to end your season in the French Riviera