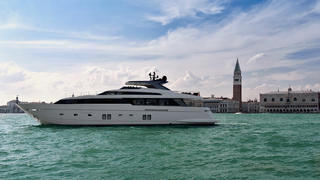 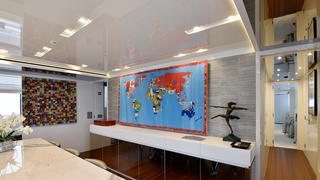 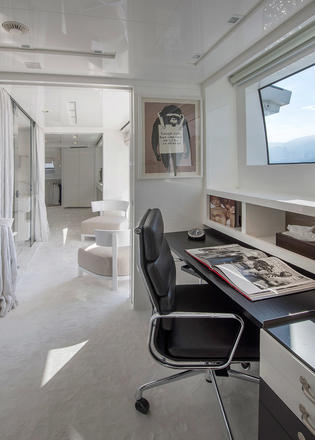 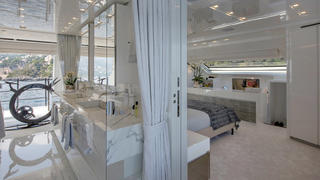 One of the most head-turning guests at the recent Venice Biennale art exhibition wasn’t a model or an artist, but a superyacht. The 36.5 metre Sanlorenzo yacht Haiia made a big splash in the floating city earlier this month, hosting an on-board exhibition from May 5-8.

Launched in 2015 as part of the SL118 series, Haiia was built from a GRP hull and superstructure to a design by Francesco Paskowski. As eye-catching as her exterior is, it was her art-filled interior that made her one of the most exclusive galleries at Venice Biennale.

Take a closer look at the Sanlorenzo SL118 yacht Haiia

Accommodation on board Haiia is for ten guests split between five staterooms, including a main-deck owner’s cabin equipped with a Ciclotte exercise bike and a superyacht office. Further guest accommodation is provided below decks, with two VIP cabins, a twin cabin and a fourth cabin that can be converted into a media room.

Other superyacht projects currently under development at the Italian yard include the new Sanlorenzo SX88 series, which is due to make its debut at the 2017 Cannes Yachting Festival.