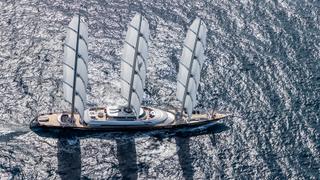 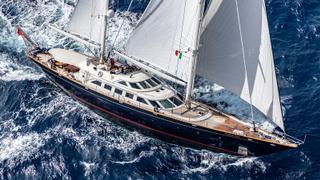 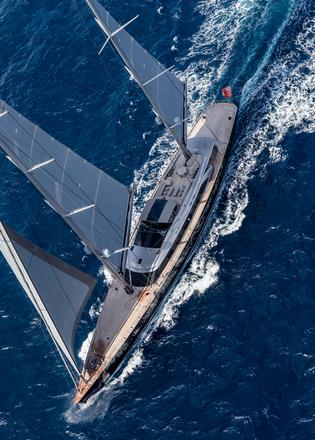 Silencio and Maltese Falcon took the top spots on the first day of racing as the seventh edition of the Perini Navi Cup got underway.

The three-day event, which is taking place in Porto Cervo, Sardinia, saw the 13-strong fleet take to the water to race in two classes; the Cruiser Racer and Corinthian Spirit.

The yachts completed coastal courses of 21 and 25 nautical miles in a north-easterly wind of between 18 and 21 knots.

Both classes started off Capo Ferro and headed out towards the Monaci Island and on to the Secca Tre Monti and Bisce strait. From here the Corinthians rounded Mortoriotto and headed for the finish line while the Cruiser Racer group rounded the island of Soffi and crossed the finish line off the islet of Nibani.

The Cruiser Racer fleet remained tightly packed from the beginning before 60 metre Seahawk broke free to edge in front of the 50 metre Silencio. While she finished in second place in real time, Silencio won in compensated time ahead of Seahawk in second and Victoria A in third.

Meanwhile, in the Corinthian class, Spirit of the C’s took a short-lived early lead before she was overtaken by the 88 metre Maltese Falcon, which stayed at the front of the fleet for the rest of the race. The 52 metre Tamsen placed in second, while Spirit of the C’s slipped into third.

Racing is set to continue on Friday, with north-easterly winds of between eight and 10 knots forecast.