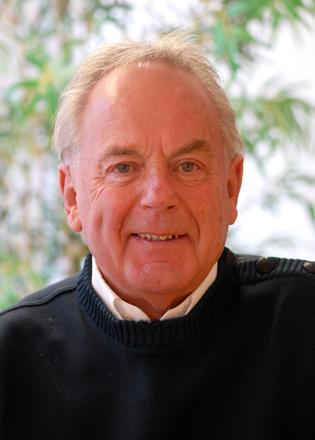 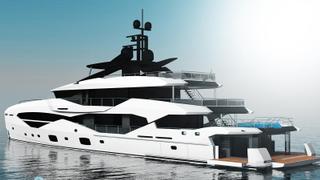 Poole-based superyacht yard Sunseeker has announced the death of its founder, Robert Braithwaite. Braithwaite, who was born in 1943, died in the early hours of Thursday, March 7.

A statement released by Sunseeker chief executive Christian Marti on behalf of the company described Braithwaite as “an inspiration.”

“He is recognised as a boating pioneer, a true visionary and someone who changed the face of boating forever,” he said. “Robert was not only the company’s founder but the father of the ‘Sunseeker family’ here in Dorset, and worldwide through our dealers and clients. He will always live on as the driving force behind our success. Our thoughts and deepest condolences are with his immediate family.”

Lesley Robinson, chief executive of British Marine, added: “Robert was a true industry icon and great personal friend to many.

"He will be sincerely missed by all those who worked with him here at British Marine during his years as chairman, exhibitor and member, as well as in the wider industry by those who either knew him personally or who simply recognised his huge contribution and achievements within the sector."

The journey of the superyacht powerhouse began in the 60s, when Braithwaite was working for Friar’s Cliff Marine. Here, he sold smaller boats built by American yard Owens Cruisers.

When Owens Cruisers announced it would no longer be distributing to Europe, Braithwaite spotted an opportunity. He made a deal to buy Owens’ boat moulds and renamed Friar’s Cliff Marine to Poole Powerboats. It was later renamed Sunseeker International in 1985.

Accompanied by his younger brother John, who remains the company’s product development director, Braithwaite became a pioneer in fibreglass construction and built a reputation on employing revolutionary materials and technology.

In the 70s, Sunseeker began designing boats for the sports and leisure market, launching the Sports 23 and Daycab 23. The Braithwaite brothers then teamed up with legendary designer Don Shead, resulting in the Offshore 28 cruiser.

Other standout moments in Sunseeker's journey include the production of the Renegade 60 in the nineties, the yard’s first production boat with twin jet drives, and the Predator 80, which set a new benchmark in luxury yachting.

At the turn of the century, Sunseeker scooped two International Superyacht Design awards for its then biggest motor yacht, the 105. It was a key moment in the company’s transformation into a leading superyacht powerhouse and it has since gone on to produce increasingly larger models culminating in the 161, the yard's first metal yacht which was announced in September 2018.