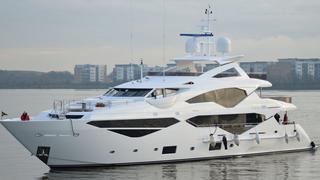 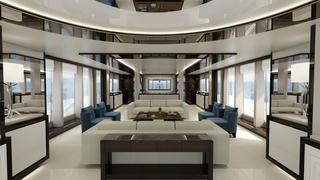 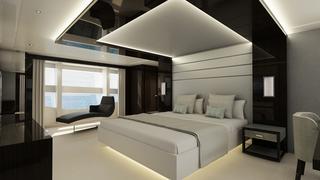 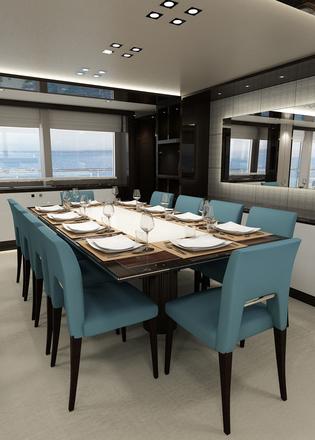 Sunseeker's new 40-metre yacht, the Sunseeker 131, has been launched and was spotted on the Thames on the way to her London Boat Show unveiling. The first 131 yacht made the voyage following her technical launch and will be the largest ever yacht to debut at the London event.

The 131 is one of four superyachts that Sunseeker is due to launch in 2016 and the British yacht builder is hiring more than 100 new workers to support the introduction of these new models.

The Poole-based builder, which celebrated the delivery of its 100th yacht over 30 metres at the Cannes Boat Show in September, has already sold five 131 models to buyers from the UK, US, Turkey and Hong Kong. The next four models are already in build, and high demand for further models means Sunseeker will host exclusive previews at ExCeL.

Sean Robertson, sales director at Sunseeker International, said the geographical spread of the buyers highlighted the global appeal of the Sunseeker 131, but added that he was delighted that the 131 was being launched at London 2016, which he described as "extremely exciting".

The three-deck Sunseeker 131 represents an evolution of Sunseeker's 40-metre platform. It is based on the the builder's tried and tested deep-V hull. On the water she will have a top speed of 23 knots and will have a cruising range of 1,500 nautical miles at 10 knots.

The 131 model’s standard layout sleeps 10 passengers in five cabins, though this can be customised to accommodate up to 12. An onboard garage holds a tender of up to 6 metres, plus room for two personal watercraft.

Over the summer Sunseeker revealed the first interior images of the new 131.

One new feature the pictures highlighted is the use of glass in the master stateroom, saloon and skylounge to allow for more light-filled spaces and make the interiors seem larger.

The exterior deck arrangement has also been improved with more comfortable deep lounge-style seating. Decks are larger with the sky deck and upper deck aft cockpit lengthened by two metres each, creating room for a bar with fridge, icemaker and sink.

The build time for the 131 is a year and the next build slot available is November 2016.

Pigments of the imagination: The Most Colourful Superyacht Exteriors

The use of glass on superyachts