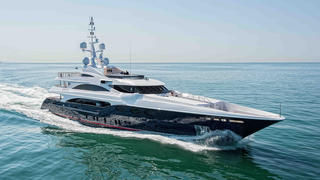 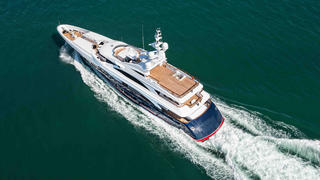 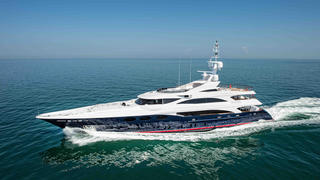 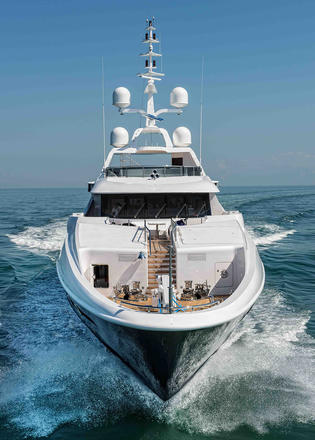 The 54 metre Benetti superyacht FB 258 was delivered earlier this month and named Karianna, the Italian yard has confirmed. Built in Italy, this steel-hulled displacement yacht was recently launched for her new owner.

Francois Zuretti created the interiors on board Karianna, which feature cherry wood cabinetry. Accommodation is for 12 guests split across six cabins, including a master suite, three double cabins, one twin room and a convertible guest room.

Her sleek exterior was created by the in-house team at Benetti, with a sharp red waterline stripe that contrasts strongly with the deep blue hull finish. Key exterior features include a superyacht spa pool and extensive relaxation spaces on the sun deck.

With a 9.6 metre beam and an aluminium superstructure, this tri-deck yacht displaces 615 tonnes, and crew accommodation on board Karianna allows for a staff of up to 11.

Power comes from a pair of Caterpillar 3512C engines for a total output of 4,734hp and a top speed of 17 knots. When trimmed back to her cruising speed of 12 knots, Karianna will have a maximum range of 4,000 nautical miles, thanks to her total fuel capacity of 66,000 litres.

Other projects currently under development at the Italian yard include the 63 metre Benetti FB 276, which is due to launch in 2017, and FB 277 — a 107 metre superyacht slated to hit the water in 2019.