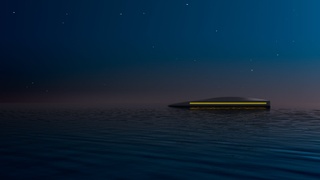 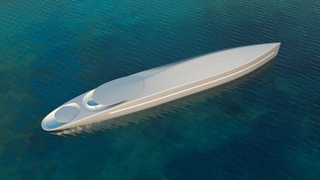 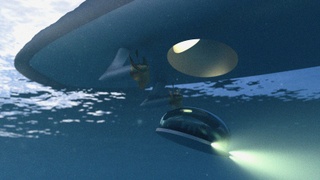 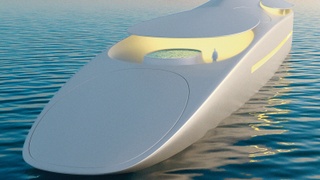 Gaugain’s solo project follows two decades of working with designer Philippe Starck on projects including Sailing Yacht A, Wedge Too and Venus.

The exterior of the “revolutionary” Project L is inspired by the “smooth form of a beach pebble”, which can be fully opened for a direct connection to the ocean.

Powered by a diesel-electric hybrid propulsion system, Project L is intended for long-range cruising and designed to “glide” through the water with low noise and vibration.

Gaugain has attempted to “redefine the onboard lifestyle” with the interior layout arranged on one single deck for a “multi-functional open-plan family living space.”

With a key focus on privacy and security, the yacht is capable of accommodating between 12 and 36 guests on board, as well as a crew of 40.

The interior will be illuminated by natural light thanks to a “seamless connection” between indoor and outdoor living spaces.

Project L is represented by Alex Banning of SuperYachtsMonaco.